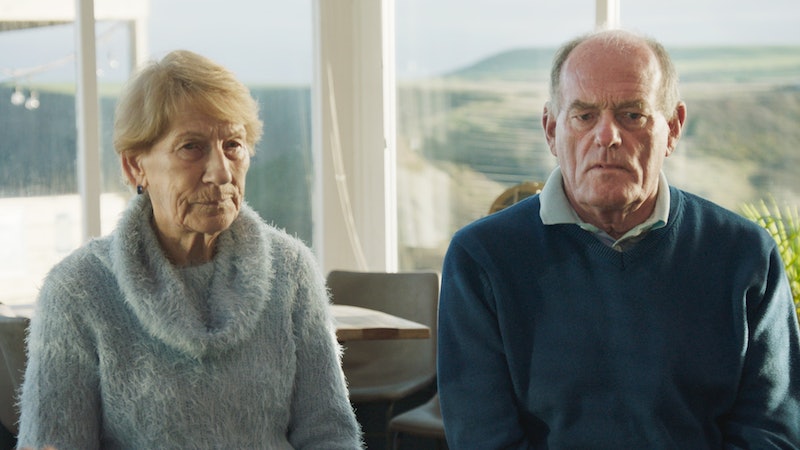 In 1992, Doris and Charles Clark experienced every parent's worst nightmare when their son Steven went missing. However, 28 years later, things only got worse for the couple when they were accused by police of murdering their own son. The Clark family’s shocking real-life story will be explored in detail in ITV’s newest true-crime documentary Accused of Murdering Our Son - The Steven Clark Story. But, where are Doris and Charles Clark now?

As The Sun reports, married couple Doris and Charles Clark are retired police officers who reside on the coast of Yorkshire. In September 2020, the pair were accused by police of killing their disabled son, Steven, who went missing close to his home in Saltburn on December 28, 1992.

Today, the Clark’s have been ruled out as suspects in the murder investigation. Per the Daily Mail, the pair were released from the investigation without charge, and, speaking at the time, Doris said it felt “wonderful” to have the accusations dropped. “It was never going to be any other way really. It is fantastic news to get from the police.” She continued, “I think it has not really sunk in yet, I am sure tomorrow we will be feeling more completely ecstatic. It is a good thing to have happened.”

As mentioned, ITV’s latest true crime documentary Accused of Murdering Our Son - The Steven Clark Story explores the case of Doris and Charles Clark, and their son Steven, who was left disabled following a road traffic accident during his childhood. As iNews reports, Steven disappeared in 1992 during a walk on the beach close to his home in Saltburn. He was last seen entering some public toilets and has been missing, without a trace, since.

Steven’s status as a missing person was changed to a murder victim in September 2020, 28 years after he was last seen alive. Shortly afterwards, his parents Doris and Charles were arrested on suspicion of murdering him when the cold case was reopened.

Throughout the ITV doc, investigative journalist Mark Williams-Thomas speaks to the couple whilst they’re still under investigation. Per the Guardian, retired police officer Julie Mackay is also on hand to provide her expertise as the case is explored from both sides, displaying how renewed police questioning forced the Clark family to relive the trauma of their son’s disappearance.

Accused Of Murdering Our Son - The Steven Clark Story airs tonight at 9 p.m. on ITV1.