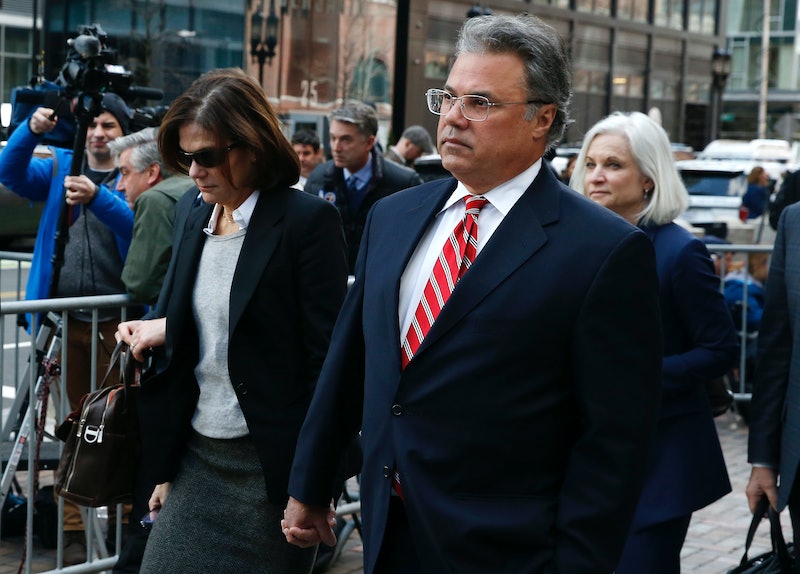 The upcoming Netflix documentary Operation Varsity Blues: The College Admissions Scandal examines the infamous scam masterminded by William “Rick” Singer in which wealthy clients paid to get their children admitted to elite colleges and universities. Billing himself as an “independent college counselor,” Singer paid off everyone from college athletic coaches to standardized test proctors to help these underperforming rich kids into prestigious schools. As shown in the documentary, he facilitated hundreds of millions of dollars worth of bribes for desperate but rich parents, including Bay Area couple Elizabeth and Manuel Henriquez, who are facing consequences now in the wake of the scandal.

Directed by Chris Smith — the same director responsible for Netflix’s popular Fyre documentary — Operation Varsity Blues uses reenactments along with real conversations captured by FBI wiretaps and expert commentary to tell the story of the admissions scheme. Although many people first became familiar with the scam when actresses Felicity Huffman and Lori Loughlin were exposed in 2019 for participating, Singer actually started running this “side door” admission business in 2011. The documentary delves into a number of the less star-studded stories — like that of the Henriquezes.

According to prosecutors, Elizabeth and Manuel Henriquez paid Singer $400,000 in order to help one of their daughters gain admissions to Georgetown University as a tennis recruit, despite the fact that she wasn’t a competitive player. They also made additional payments to have a proctor fix their two daughters’ scores on their college entrance exams on five separate occasions. To pay the $400,000 bribe, the Henriquezes “donated” the money to a fake charity operated by Singer, with the knowledge that the funds would be passed on to the Georgetown tennis program. It was common for Singer to use athletic clubs as a means of getting even the most non-athletic of these wealthy teenagers into prestigious universities by bribing coaches into holding slots, often using “donations” like the one made by the Henriquezes.

Both Elizabeth and Manuel Henriquez pleaded guilty to money-laundering conspiracy and fraud conspiracy charges in October 2019 and were later sentenced at separate hearings. In March 2020, U.S. District Judge Nathaniel M. Gorton sentenced Elizabeth to seven months in prison, two years of supervised release, 300 hours of community service, and a fine of $200,000. Although the judge rejected Elizabeth’s attempt to avoid serving prison time during the coronavirus pandemic because of a preexisting health condition, she was allowed to hold off on reporting to prison until late June 2020.

Manuel, the founder of Palo Alto financial firm Hercules Capital, was initially set to be sentenced in April 2020 — but due to the coronavirus pandemic, his hearing was pushed back until July of the same year. At his hearing, Manuel was sentenced to six months in prison, two years of supervised release, 200 hours of community service, and a $200,000 fine. Manuel was ordered to report to prison in February 2021, approximately a month after the end of his wife’s prison term.

It’s likely that Elizabeth was recently released from prison, as her sentence was scheduled to be up in January. Manuel will presumably not be released until this August or September.