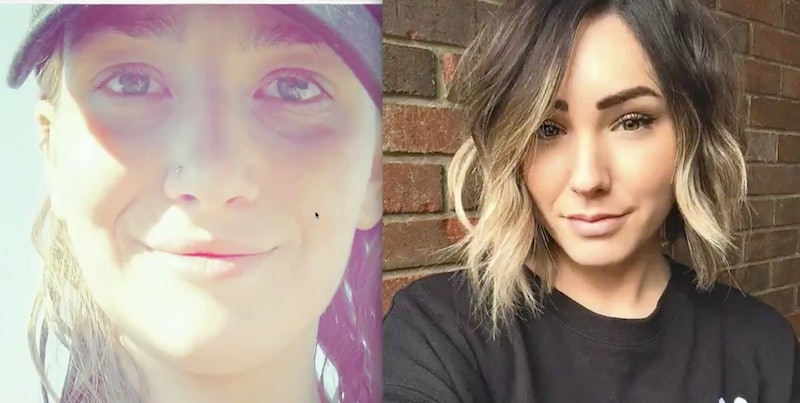 If you looked away from Wednesday's Catfish episode for even a second, you might've missed something huge. That's how dramatic and complicated Kristen and Sarah's story was. Initially, Nev and Kamie stepped in to help Kristen confront her online love interest, Sarah, about her odd, standoffish behavior. But they later discovered Kristen had a catfishing problem of her own.

After Kristen's "best friend" Tiffany tried to throw Nev and Kamie off track by providing a false tip, she eventually fessed up to posing as Sarah to avenge Kristen for catfishing her "as 15 different people." According to Tiffany, Kristen created multiple profiles that interacted with Tiffany and her husband, offering to pay their car payments and providing fake confirmation numbers. As a result, they had two cars repossessed. Kristen also allegedly befriended Tiffany's mom and, through a fake profile named Leah, turned them against each other for months.

Kristen tried to deny the accusations at first, but later broke down in tears and admitted that her catfishing had spiraled out of control. She attributed it to a poor handling of family and mental stress, as well as being sexually abused as a child. Nev and Kamie expressed their concern and offered help, encouraging her to take control of her life as Kristen and no one else.

Tiffany, aka Sarah, remains happily married. According to Facebook, she and her husband live in Visalia, California. Her Instagram — and oddly, one of the two Instagrams she created for Sarah (the other has been deleted) — are set to private. The Sarah page has the same bio as shown on Catfish, but displays a new profile picture of what appears to be a different woman. Whether or not the account is still active is unclear, but you have to wonder: if Tiffany's days of catfishing Kristen are over, why didn't she delete the account altogether?

Tiffany also has a TikTok, where she frequently posts videos following the app's memes and trends. Her latest video promotes her MTV debut: