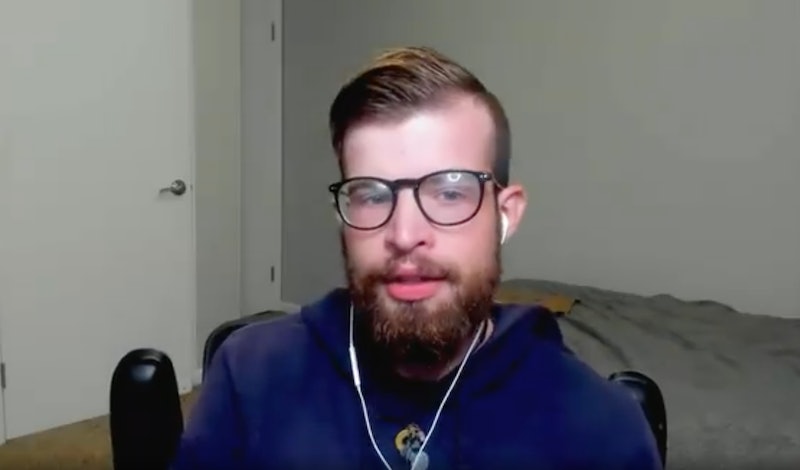 Six years ago, Stephen, aka "Scooba" met Renae on IMVU, a social networking site in which members create and communicate through 3D avatars. At the time, they were teenagers and quickly became infatuated with each other; they even went as far as "getting married" in the IMVU universe. But shortly after they made things official, Renae disappeared — for six whole years.

After she completely ghosted, Scooba moved on with his life, grew up, and continued taking care of his disabled mother — a situation Renae often helped him mentally escape from. Then, one day, Scooba got a random Facebook message. It was Renae popping in with a, "Hey, remember me?" Of course he did, but he was skeptical. After all, they'd never FaceTimed or even talked on the phone.

So, Nev and Kamie stepped in to help him learn more about this mystery girl — with nothing but her (completely blank) Facebook page to go off of. Eventually, Renae agreed to join their Zoom call via Facebook messenger, and she indeed was not the influencer (Acacia Kersey) whose pictures she stole to embody Renae. Her name is actually Kishana, and she admitted that while feelings for Scooba are real, she was bullied for the color of her skin when she joined IMVU, so she'd decided to pose as someone else.

Nev, Kamie, and Scooba were all disheartened about what Kishana had gone through, and Kamie especially sympathized with her as a Black woman. Kishana went on to explain that she's now in a better place and wants to get to know Scooba as herself. After learning that she had no malicious intent, he decided to give her a chance.

In their two-month follow-up, Scooba and Kishana revealed that they continued to talk after filming and certainly reconnected as friends, but didn't feel anything romantic. Scooba's Facebook is private, so there's no way to tell if they're friends on the platform or if he's in a relationship, and Kishana's profile is difficult to locate. The Renae page is still up, but it's been wiped of all info and friends. Kishana said on the show that she initially used it to spy on a cheating ex-boyfriend, so she may be keeping it around just in case she needs it again.