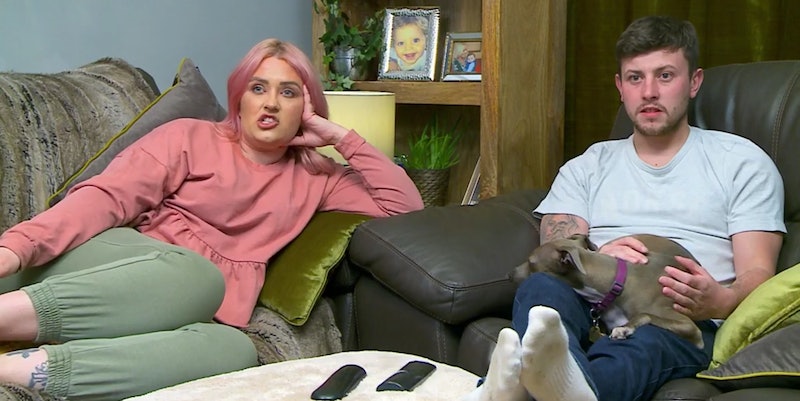 Nat Eddleston, the long-term partner of Gogglebox fan-favourite Ellie Warner, is reportedly in a critical condition after being hit by a car in Leeds during the early hours of Saturday morning. A family member told The Sun that Eddleston was heading home after going for drinks in a local pub, and the collision — which took place just after midnight — has left him on life support and “fighting for his life.”

“Nat is in intensive care with a broken neck, broken back, two collapsed lungs, and possible brain damage,” the source said. Ellie “has barely left the hospital since this happened,” they added, “and Nat is getting brilliant care and treatment. At the moment, they are living hour by hour, and just praying that things get better.”

Nat previously stood in for Ellie’s sister Izzi on Gogglebox when she was unable to appear on the long-running show due to social distancing restrictions. Warner often chats about her boyfriend during filming, and occasionally FaceTimes him while she’s on camera. In March 2021, the couple bought their first home together in Leeds.

Following the shocking accident, fans of the show headed to Warner’s Instagram account to show their support, with many of them commenting on her most recent photo of Eddleston to send strength to the couple.

It may be hard to believe, but it has been nine years since Channel 4’s beloved reality show Gogglebox first premiered and, over that time, dozens of British families have captured the hearts of viewers across the country. Many different families have come and gone over the course of the series run, with the adorable Siddiqui family and Brighton local Stephen Webb being the only OG stars that have been on our screens since day one.

Gogglebox has sadly seen some of its most beloved cast members pass away during the time of filming, including the ever-so-popular Leon and June Bernicoff, the outrageously funny Mary Cook, the armchair king Andrew Michael, and Linda McGarry’s wonderful husband Pete. The Michael family also lost their patriarch Andrew — more details on that below.

A few family members from Gogglebox have gone on to have huge careers in reality TV, with Scarlett Moffatt being one of the most well-known after she won I’m A Celeb in 2016. Moffatt has gone on to host a number of her own shows and now has a loyal fan base. Other success stories include Amy Tapper, who made an appearance on Celebs Go Dating in 2018, and Sandi Bogle, who went on to launch a music career.

Below you’ll find details about Scarlett, Amy, and Sandi, as well as a few other memorable characters from the Gogglebox cast.

This article was originally published on Oct. 23, 2021