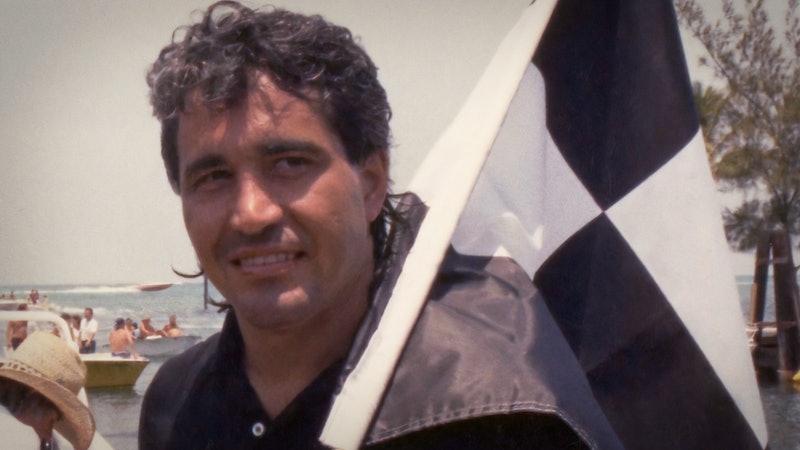 Netflix’s new true crime docuseries, Cocaine Cowboys: The Kings of Miami, chronicles two of Miami’s biggest drug kingpins in the 1980s: Augusto “Willie” Falcon and Salvador “Sal” Magluta. Two Cuban immigrants alleged to be the chief distributors for two of Colombia’s biggest cartels, the men smuggled over 75 tons of cocaine into North America during their tenure. By the time they were arrested in April 1991, prosecutors alleged that Magluta and Falcon had accumulated more than $2.1 billion in cash and assets.

Per a 1992 report from the Miami New Times, investigators believe that Falcon and Magluta began selling small quantities of cocaine and marijuana in high school. “Of the two, Falcon was the charmer, the ambassador of the fledgling organization, the one who typically would establish important contacts,” journalist Jim Defede wrote. “Once Falcon had set up a meeting, it would be Magluta who negotiated the fine points of the deal, weighing the risks against the benefits.”

According to The Los Angeles Times, Falcon and Magluta dropped out of high school and continued to drug deal until 1978, when prosecutors alleged that an old friend named Jorge Valdes reached out. Valdes, who later testified that he was an accountant for several Colombian companies that turned out to be fronts for drug cartels, asked Falcon and Magluta to help him dispose of 30 kilos of cocaine after a deal fell apart.

With that connection, the men soon became the largest distributors of Colombian cocaine. It’s alleged that they grew their network using dozens of old friends and acquaintances from their Cuban American community who shared their passion for wealth and luxury goods. They also networked through the expensive sport of boat racing, which they used as a convenient cover to transport drugs from the Bahamas. Magluta and Falcon enjoyed racing competitively, and in 1986, Falcon won the Marathon Offshore Challenge in the Florida Keys.

According to The Sun, during this time Falcon also married Alina Rossique. They had three children together: Aileen Martinez, Jessica Falcon, and William Falcon. (In August 1992, nearly a year after Falcon’s arrest, Rossique was shot and killed as she left a Coral Gables beauty parlor.)

Falcon and Magluta managed to live a flashy lifestyle and dodge jail time for years, likely thanks to their extensive network. In one notable instance in 1988, Magluta was arrested after being recognized as a fugitive. But someone changed his records to say that he’d already served 14 months, and he was released from jail after a few days.

After their 1991 arrest, the two were separated and spent four years in maximum security — Falcon in Illinois and Magluta in Georgia — while awaiting trial, per The Los Angeles Times. There were a number of ominous happenings that occurred within that time. Three potential prosecution witnesses were murdered, and two others were wounded in assassination attempts. When the trial finally happened in February 1996, prosecutors were baffled that both Falcon and Magluta were acquitted. It wasn’t until 1999 that prosecutors figured out that the jury foreman, along with several jurors, accepted bribes to acquit the men. Per Deseret News, Falcon and Magluta were then retried and found guilty on dozens of charges, including covering hits on witnesses, bribery, and the laundering of drug profits.

Falcon took a plea deal in 2003 and was sentenced to 20 years behind bars, while Magluta was sentenced to life in prison. Today, Magluta is still imprisoned at a Supermax facility in Colorado, but Falcon was released from federal prison in 2017 and immediately taken into ICE custody before being deported to the Dominican Republic on Nov. 6, 2018. It’s unclear why Falcon was deported to the DR rather than his home country of Cuba, or what he’s doing today.

"I think it is a chapter closed,” Chief Nelson Andreu, a former Miami homicide detective, told NBC Miami. “Is the book finished? I don’t know, because who knows what could develop, and something may develop out of this in the DR with Willie’s return.”