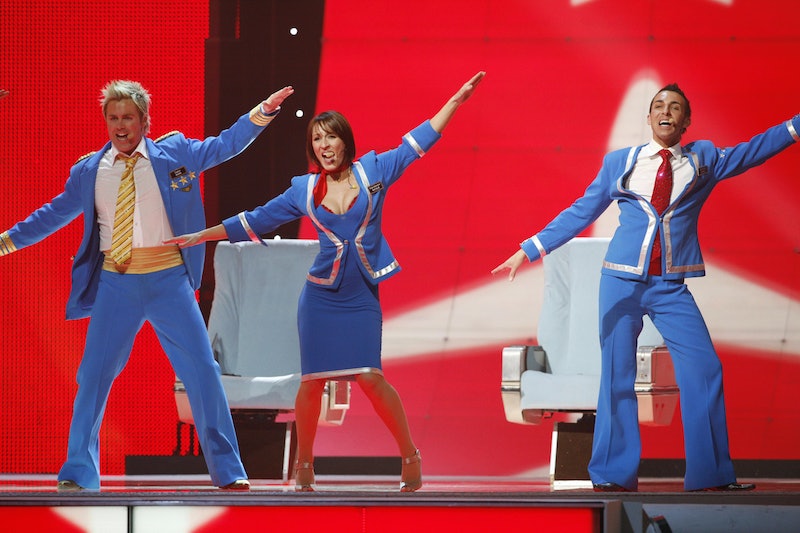 HEIKKI SAUKKOMAA/Getty
By Alice Broster
May 20, 2021

After it was postponed last year, Eurovision returns to our screens on May 22. By some miracle, the event happens to have arrived on the same week that bars and restaurants across parts of the UK have opened their doors for indoor drinking and dining. This means you may be able to enjoy the show live and surrounded by fellow Eurovision enthusiasts (at a safe distance).

In January 2021, the team behind Eurovision announced that the show would go on in Rotterdam, and viewers would be able to watch it on BBC One. Tickets were only available to people who already had one from 2020, and the Dutch government implemented considered COVID-19 restrictions ahead of the event.

What should you expect? Well, representing the UK this year is singer James Newman, with his song “Embers”. Plus they’ll be all the usual chaos and hilarity we’ve come to know and love.

While many venues are just re-establishing service after being closed during the pandemic, a number of places are opening their doors to Eurovision fans this Saturday evening. Below I have listed some on the venues in England and Wales’ biggest cities that are throwing special nights in celebration of the event. Unfortunately, having done some research into Scotland’s venues, it appears things are moving slightly more slowly, especially with Glasgow still in level three of lockdown, and Northern Ireland is not set to open indoor venues until May 24.

If you’re based in England or Wales, have a look at the list below to see if any bars near you are throwing a Eurovision shindig. Then, grab you glitter – and your face mask – and get ready for the most fun you’ve had since 2019.