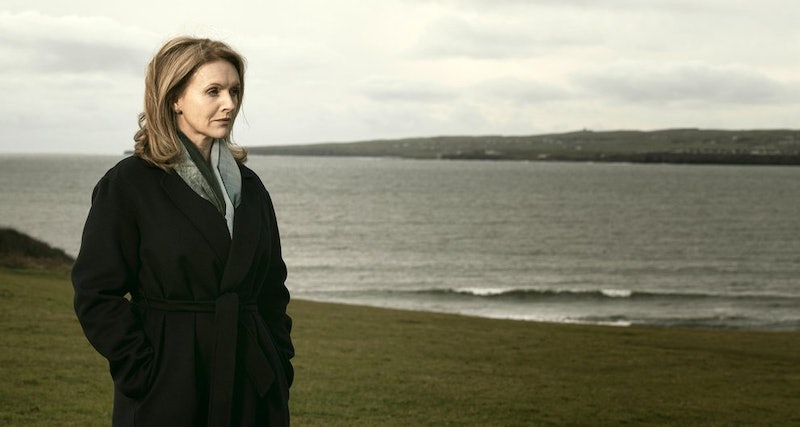 Alibi’s investigative thriller Smother revolves around the deeply buried secrets kept between members of the Ahern family, many of which begin to surface in the wake of a tragedy. The story is set on the rugged west coast of Ireland. But, where is Smother actually filmed?

Filming of the series began on location in the small coastal town of Lahinch in February 2020. Per The Clare Echo, additional Smother filming locations included Liscannor, Spanish Point, Fanore, Ennistymon and Lisdoonvarna.

Commenting on the show’s filming spots, actor Dervla Kirwan, who portrays family matriarch Val Ahern in the series, explained why she believes Smother will “play a blinder for tourism” in the region. "The house that the Ahern family lives in, which is so stunning, is normally a small hotel (Moy House) and they’ve been inundated with calls for bookings.”

Kirwan continued: “The more series there are means it will seep into the public consciousness and people will want to go and visit. That's huge for County Clare and for Ireland in general.”

Per Telly Mix, the Irish drama centres on the complicated Ahern family, the patriarch of which, husband and father Denis, is found dead at the bottom of a cliff after a party at their home. While attempting to discover who might be responsible for Denis’ tragic death, his wife Val (Kirwan) begins to explore his relationships with their children and stepchildren. In the process, secrets with the power to tear the entire family apart begin to emerge.

Smother currently airs on Mondays and Tuesdays at 9 p.m. on Alibi (Sky channel 132).