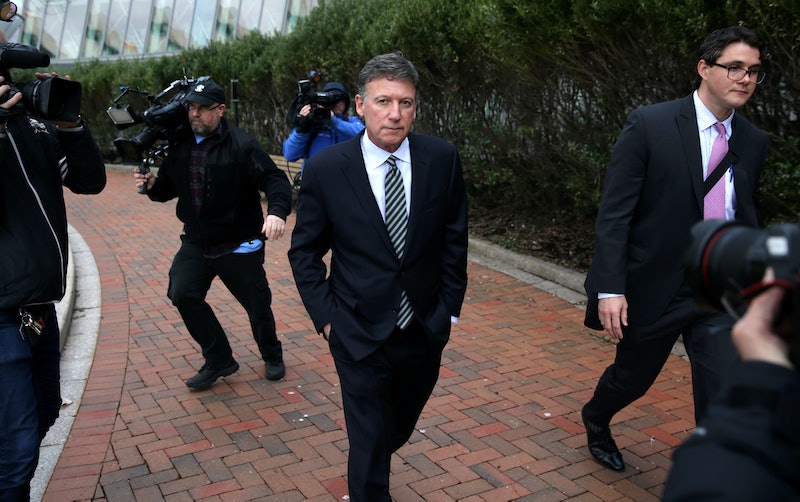 Many people first heard about the college admissions scandal that would lead to prison time for numerous wealthy parents after the arrests of actresses Felicity Huffman and Lori Loughlin. But a new documentary from Fyre director Chris Smith, entitled Operation Varsity Blues: The College Admissions Scandal, dives into the lesser-known details of the fraudulent scheme masterminded by “independent college counselor” Rick Singer, who received huge sums of money to use as bribes to help get privileged kids into elite colleges and universities. Among the parents involved was real estate firm president Bruce Isackson, who pleaded guilty early on to the charges he faced.

The documentary uses reenactments and conversations with experts as well as actual conversations with Singer’s clients captured by FBI wiretaps to provide a look at how he manipulated the college admissions process. Although the FBI didn’t make their arrests until early 2019, Singer had been running his operation since at least 2011, paying off university athletic coaches and standardized test proctors, per USA Today. In that time, he worked with countless parents, several of whom are spotlighted in Operation Varsity Blues like Isackson.

In March 2019, Isackson and his wife, Davina, were the first parents involved in the Operation Varsity Blues FBI investigation to plead guilty and agree to cooperate with authorities. Both parents pleaded guilty to conspiracy to commit mail fraud and honest services mail fraud, and Isackson also pleaded guilty to one count of money laundering conspiracy and conspiracy to defraud the IRS. Prosecutors say that the Bay Area couple paid Singer a total of $600,000 (including $250,000 worth of Facebook stock) through a “donation” to a sham nonprofit in order to get their older daughter into UCLA and their younger daughter into USC with fabricated athletic credentials and bribes to coaches. The Isacksons also paid Singer to improve one of their daughters’ standardized test scores, and had recently inquired about using his services again to help their son get into college.

It was common for Singer to bribe coaches on sports teams at universities to set aside slots on their teams for these wealthy kids, creating a “side door” to help them gain admission to prestigious schools they otherwise wouldn’t have been admitted to. In the case of the Isackson family, Singer paid former UCLA men’s soccer coach Jorge Salcedo $100,000 in 2016 to forward their elder daughter’s fake soccer record to his colleagues on the school’s women’s team, per ABC Columbia. Singer had initially set up an arrangement with the former head women’s soccer coach at USC, according to USA Today, but it fell through. Although the Isacksons daughter did play soccer, she wasn’t competitive at the level required to be accepted onto the UCLA team.

Just two years later, the Isacksons made another payment to Singer’s fake foundation in order to get their younger daughter fraudulently admitted to USC as a member of the crew team. The fee also included a payment to Mark Riddell, a former private school counselor who was responsible for correcting the daughter’s answers on the ACT (giving her a 31 out of 36), per USA Today. Singer then sent that fraudulent score and fabricated rowing record to a senior associate athletic director at USC in order to help the Isacksons’ daughter gain admission to the university.

Despite the fact that the Isacksons were the first parents to plead guilty in 2019, they haven’t yet been sentenced. Their sentencing hearing with U.S. District Court Judge Patti Saris is scheduled for July 15, 2021.