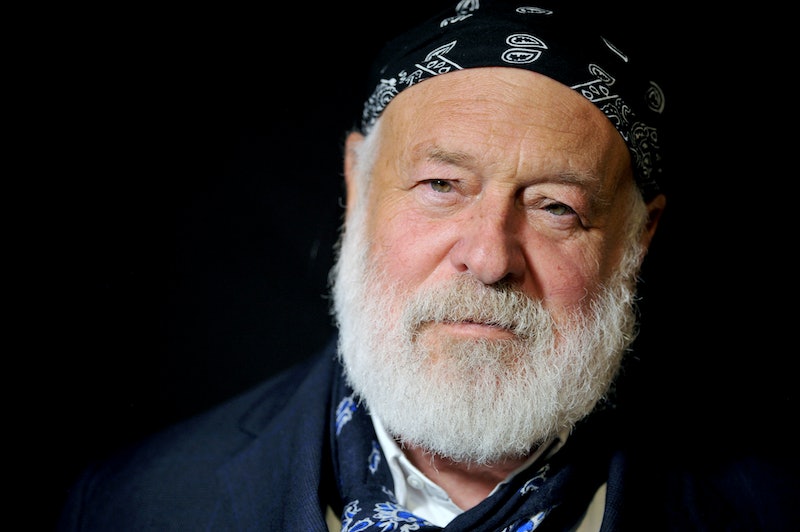 Netflix’s new documentary White Hot: The Rise and Fall of Abercrombie & Fitch recounts the story of the American clothing brand, which saw its heyday in the late-’90s to mid-aughts. Longtime CEO Mike Jeffries took a struggling label and transformed it into a go-to label for teens. But even as the business thrived, the company failed its employees and customers on many fronts — not least by hiring photographer Bruce Weber, who has since been accused of sexual harassment and assault by more than a dozen male models.

Some of those alleged incidents occurred while Weber was shooting for Abercrombie & Fitch; one model has claimed that the term “Brucified” was used to refer to Weber’s on-set misconduct. “It was very well known with Bruce that he liked young men,” former Abercrombie model Ryan Daharsh says in the documentary. The brand dropped Weber as a photographer once the allegations became public in 2017 and 2018. He has repeatedly denied all allegations.

So where is the once-lauded lensman now? Below, a closer look at his involvement with the brand and the allegations against him, and where Weber is today.

Who Is Bruce Weber?

Weber is an American photographer and filmmaker best known for his brand campaigns and fashion photography. He came to the public’s attention for his minimal (but racy) Calvin Klein campaigns, which catapulted him to fame in the late ’80s and early ’90s. Weber began shooting for Abercrombie & Fitch in the mid-’90s, after Jeffries revived the brand, further establishing his reputation as a top commercial photographer in the fashion industry. He’s also worked for Ralph Lauren and Versace, among many others.

What Are The Allegations Against Him?

The allegations first became public in Dec. 2017, when the public learned that a former model, Jason Boyce, was suing Weber for inappropriate behavior, including unwanted touching and kissing. Days later, a second male model made similar allegations, saying Weber preyed on him during a 2005 photoshoot; this model said he would not press charges.

A month later, as reported by the New York Times, 15 current and former male models accused Weber of sexual harassment, specifically citing “unnecessary nudity and coercive sexual behavior” during professional photo shoots. The report notes that the accusations were recalled with “remarkable consistency.” Weber, through his lawyer, denied the claims.

In Dec. 2018, five male models filed a lawsuit against Weber, alleging the photographer had exploited or sexually assaulted them. Per the New York Times, the legal complaint calls Weber a “serial sexual predator,” and lawyers representing the models describe the photographer’s actions as sex trafficking. “It’s considered a commercial sex act because the person who applied is hoping to get a job,” attorney Lisa Bloom, whose firm represented the five models, told the New York Times..

Weber again denied the allegations. “I have used common breathing exercises and professionally photographed thousands of nude models over my career, but never touched anyone inappropriately,” he told the New York Times in a statement. Jayne Weintraub, one of Weber’s attorneys, added: “We are confident that Mr. Weber will prevail against these false allegations; not just with words, but with evidence in a court of law,”

Weber’s career took a hit following the first New York Times report in Jan. 2018. At the time, Condé Nast, the global media company that publishes Vogue, Vanity Fair, GQ, and other magazines, said it would no longer hire Weber “for the foreseeable future.” Multiple brands, including Abercrombie & Fitch, dropped him as well.

Where Is Bruce Weber Today?

Per multiple reports released in Sept. 2021, Weber has settled both Boyce’s and the five models’ lawsuits outside of the courtroom. Details about the settlement weren’t disclosed.

As of 2022, Weber appears to be working consistently again. He published his latest book of photography, The Golden Retriever Photographic Society, at the end of last year, and directed the documentary film The Treasure of His Youth: The Photographs of Paolo Di Paolo, which premiered at the Copenhagen International Documentary Film Festival (CPH:DOX) in March. He also shot a cover and spread for ICON magazine’s April 2022 issue.

More like this
Where Is Dr. Cline Now?
By Morgan Leigh Davies
Watch The Dramatic First Trailer For Netflix's Jennifer Lopez Documentary
By Alyssa Lapid
9 Films About Mental Health To Watch On Netflix UK
By L'Oréal Blackett and Sophie McEvoy
'Doctor Who’s New Star Is Already Huge On TikTok
By Maxine Harrison
Get Even More From Bustle — Sign Up For The Newsletter