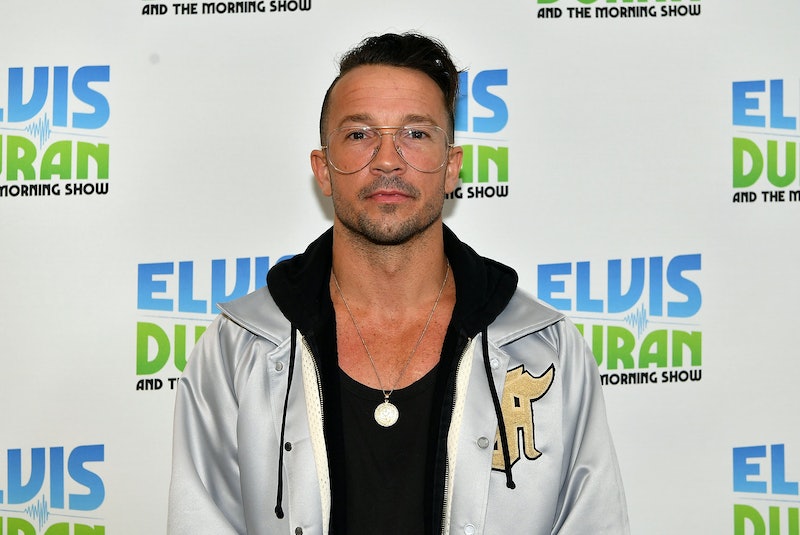 Discovery+ is wading into the controversy surrounding the church beloved by celebrities like Justin Bieber and Selena Gomez with Hillsong: A Megachurch Exposed. At the center of the docuseries is Pastor Carl Lentz, the leader of the New York City branch of the church who gained public attention after befriending multiple famous congregants. But on Nov. 4, 2020, Lentz was fired from Hillsong for “leadership issues and breaches of trust,” along with “moral failures” that the church said “would not be appropriate” to go into detail about. Congregants alleged Lentz was having several affairs, and on May 31, 2021, Lentz’s former nanny accused him of sexual abuse, manipulation, and bullying. (A legal representative for Lentz and his wife Laura said that the Lentzs vehemently deny her allegations.)

Per Vanity Fair, Lentz grew up in Virginia Beach and met Hillsong founder Brian Houston while attending Australia’s Hillsong College, where he befriended Houston’s son Joel. Lentz was known for being a “brash and discursive presence” in class, and he and Joel bonded over their love of sports and partying; Lentz also grew close to Brian after interning for him. In 2009, Joel pitched the idea of him and Lentz opening a Hillsong branch in New York together, which they did in 2010.

The church built up a cult-like following, particularly after Bieber announced that he was “rededicating his life to Christ” because of Lentz in 2017. (The two were very close: Bieber stayed with Lentz for a period of time and TMZ claimed Bieber saw him as “a second father.”) Lentz’s appearance — including tattoos, a Saint Laurent leather jacket, and a Rolex — made Christianity feel modern, and his sermons sounded more like self-help talks than religious lectures. Lentz was interviewed by Oprah Winfrey, showed up on Kourtney Kardashian’s Instagram, and grew his own Instagram following to over 700,000 (it’s now at 616,000). The church marketed itself as both a lifestyle and a brand, and front row seats reserved for celebrities created a culture of exclusivity and coolness.

However, Hillsong was largely run by unpaid volunteers, many of whom alleged to the New York Times that the church leadership and staff abused their power and expected them to work 12-hour days. Former volunteer Janice Lagata, who appears in the Discovery+ series, raised concerns about gender and racial inequality within the church. Per Vanity Fair, when former volunteer Ashley Jones emailed Lentz about similar concerns, Lentz responded, “I’m not sure if you realize this either: cliquism, [cronyism], overworking volunteers — these are subjective social constructs.”

In February 2018, a group of volunteers sent a letter with their list of concerns to Lentz and Joel Houston. They alleged that several of the church’s leaders had crossed physical and sexual boundaries, verbally and emotionally abused female volunteers, and engaged in bullying tactics. In response, Lentz sent an email through a subordinate’s account that said, “most of the things you have said here, I know absolutely nothing about.” He added there was a “mix of opinion and judgment that is premature and one-sided,” and that they should refrain from saying anything generalized like “‘this is the state of our church.’”

On Oct. 22, 2020, a staff member found texts on Lentz’s computer revealing that he’d a five-month long affair with Ranin Karim (who also appears in the docuseries); Page Six reported that Lentz allegedly had affairs with multiple women. By November, he was fired. Lentz and his wife Laura sold their Montclair, New Jersey home and moved to Southern California with their three children. Then in May 2021, their former nanny Leona Kimes alleged that while working for the Lentzs, Carl took photos of and touched her without permission, and that both he and Laura had mocked and bullied her daily. She claimed that when she tried to tell pastors in the church, they "blamed and silenced" her. (In a letter to the church, Brian Houston wrote that Kimes’ experience was “very disturbing” and that she had the church’s “full concern and pastoral support.”)

Currently, Lentz appears to be living in Florida. He’s been laying low since the firing and allegations, and his Instagram has been inactive since 2020. But Laura continues to post sporadic updates. On Nov. 11, 2021, she wrote on Instagram that she has “never experienced anxiety or PTSD until this year,” but that she “continues on my journey of healing, learning to put myself first, focus on my family, and grow in my marriage.” She’s also started a new business that appears to be a hospitality or interior design firm and spends her time going to church, watching her son’s football games, and hanging out with her dog.