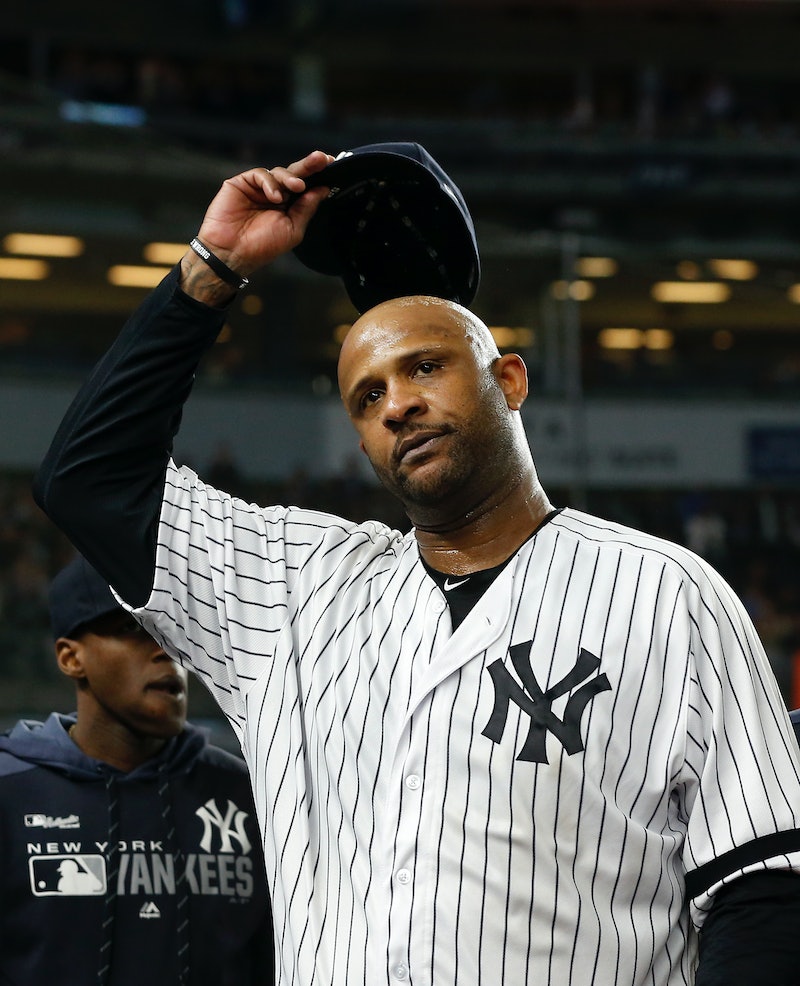 CC Sabathia is known as one of the greatest left-handed pitchers in Major League Baseball. His career spanned 19 years and included six All-Star selections, as well as leading the Yankees to the World Series in 2009. Today, Sabathia is one of only three left-handed pitchers to record 3,000 strikeouts. These triumphs are chronicled in HBO's new documentary Under the Grapefruit Tree alongside the now-40-year-old's longtime struggle with alcohol use disorder.

“I couldn't be more grateful for the chance to give viewers an inside look into my career and to share my unfiltered story,” Sabathia told MLB.com when the show was announced on Dec. 1. “I struggled for a long time with alcohol addiction and anxiety, which I pretty much hid from everyone I knew. It’s my hope we can inspire athletes and non-athletes alike to open up and let their friends, family and teammates know that there is a path through this. You are not alone.”

Per The Vallejo Times-Herald, Sabathia grew up in the Country Club Crest neighborhood in Vallejo, California. Both his dad and grandfather fostered his interest in pitching — often watching him throw under their family's grapefruit tree – and by the time he entered Vallejo High School in 1994, he was throwing 90 mph. The Cleveland Indians drafted him in 1998, and he first took the mound on April 8, 2001.

“It wasn’t like today where the draft is on MLB Network and you see all the players drafted. I went to school that day,” Sabathia explained to the Times Herald. “In third period, my mom came to the school to tell me I had been drafted. I debated staying because I wanted everything to be normal, but I went back to the house. We had a party and it was very special.”

Sabathia went on to be selected in All-Star games in 2003 and 2004, winning the Cy Young Award for best pitcher in 2007. He was traded to the Milwaukee Brewers in 2008, and led them to the playoffs with 11 wins. But Sabathia was determined to win a championship, so he signed a seven-year deal with New York Yankees later that year. He soon became the team's ace and helped them to win the World Series against the Philadelphia Phillies in 2009. He continued to lead the team to success in the following years, eventually tying with hall-of-famer Bob Gibson for all-time wins.

Sabathia was arguably at the height of his career by 2015, but behind the scenes, his alcohol misuse was worsening. In a piece he wrote for the Players Tribune, Sabathia said that he used alcohol first as a way to become more comfortable at parties, but that soon segued into drinking in private. Per The Mercury News, he once got into a brawl outside of a nightclub and showed up drunk at the ballpark. So on Oct. 5, 2015, he announced that he was checking himself into rehab. "I love baseball and I love my teammates like brothers, and I am also fully aware that I am leaving at a time when we should all be coming together for one last push toward the World Series," he said in a statement, per SB Nation. "It hurts me deeply to do this now, but I owe it to myself and to my family to get myself right. I want to take control of my disease, and I want to be a better man, father, and player."

Now, Sabathia spends time giving back to his community through his charity PitCCh In Foundation, which has renovated three youth baseball fields and donated more than 50,000 backpacks to students in Vallejo, per The Undefeated. In November, he also volunteered with The Players Alliance to hand out pantry items and personal protective equipment to those in need. Sabathia seems to have a renewed focus on health and wellness, and is looking forward to finally sharing his story with the world.