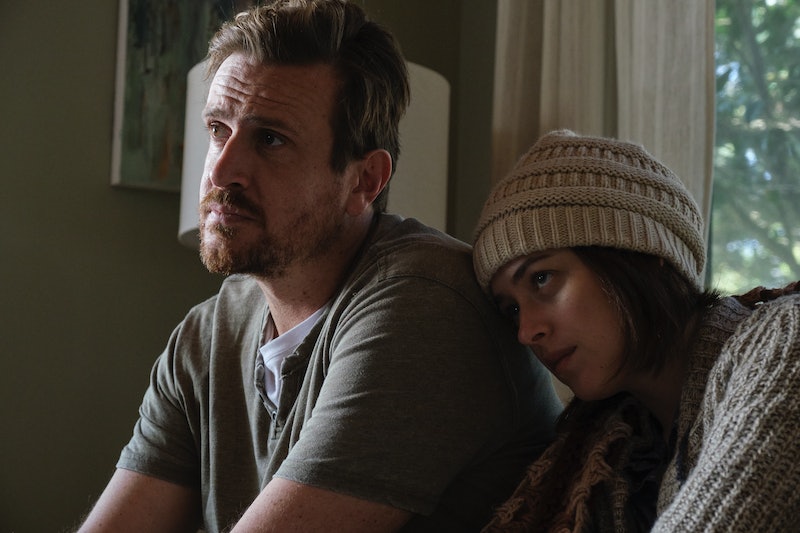 When his best friend Nicole Teague was diagnosed with ovarian cancer in 2012, Dane Faucheux dropped everything to move hundreds of miles away to help her and her husband Matthew raise their two young girls and maintain some sense of a normal life. Faucheux moved from New Orleans to small-town Alabama expecting to stay a couple of weeks, but instead, he stayed two years — leaving behind a job, a girlfriend, and his own dreams.

A year after Nicole's eventual death, Matthew, a writer, and journalist, wrote an emotional ode to Dane in the form of a 6,000-word Esquire essay called "The Friend: Love Is Not Enough." The article details not only the brutal reality of Nicole's disease, but praises their friend's strength determination, and devotion to them. That story has since been turned into an emotionally wrought film called Our Friend, which stars Casey Affleck, Dakota Johnson, and Jason Segel as the trio. In Teague's original article, he described Faucheux as a "hero" who became the pillar of strength that he couldn't be. So where is Faucheux now?

A note before the closing credits of Our Friend explains that, although Faucheux eventually moved out of the Teagues' house after Nicole's passing, he and Teague are still good friends. Teague elaborates further in a junket video provided by Our Friend's press team, sharing that Faucheaux first moved back to New Orleans, Louisiana, but eventually, he moved back to Fairhope, Alabama got married. When Teague got remarried himself last year, Faucheux was in the wedding party. "It's been an exciting and sort of hopeful time," Teague says in the video of how the two have moved forward in life.

"Dane is probably the finest, kindest person I know," Teague tells Bustle in an email. "The temptation in a movie like Our Friend is to portray its hero as saintly, which is always detestable to an audience and always feels gross. But truly: In this case, if anything, we had to go the other way and put some smudges on the cheeks of his character. He’s just that good a person."

Teague wasn't the only person inspired by Faucheux's selfless choice. Jason Segel, who plays Faucheux in the film, says in the movie's press notes that he sees the two as an example of healthy male relationships. "What Matthew Teague conveyed to me more than anything was how meaningful it was to have a friend who was willing to do that for him. I think that there’s an interesting exploration in the movie about male friendship. You tend to be less emotionally accessible with your male friends, I suppose, until you need them," says Segel. "I was just really drawn to exploring what kind of person gives up their own life to help their friends."

More like this
Here’s Everything Coming To & Leaving Netflix In February
By Jake Viswanath
Yes, You Can Stream ‘To Leslie’ In The UK Now
By Sam Ramsden
11 Movies To Watch At The 2023 Sundance Film Festival
By Chloe Foussianes
Owen Thiele Asked Sundance Attendees About Films That Don’t Exist
By Grace Wehniainen
Get Even More From Bustle — Sign Up For The Newsletter
From hair trends to relationship advice, our daily newsletter has everything you need to sound like a person who’s on TikTok, even if you aren’t.