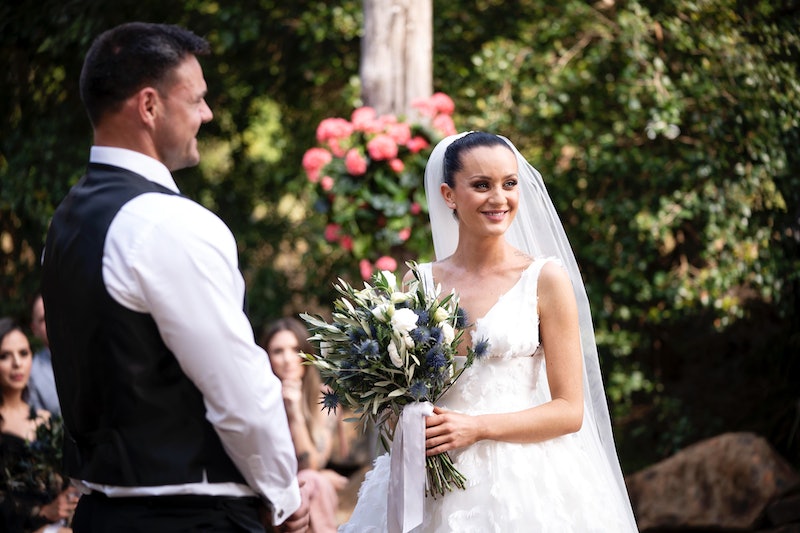 The sixth season of Married at First Sight Australia has quickly become everyone's latest reality TV must-watch. Arguably at the centre of the show's drama is legal assistant Ines Basic, who caused quite a stir during her stint on the series which sees complete strangers tie the knot. But, where is Ines Basic from Married at First Sight Australia now?

Per Digital Spy, Basic currently works as a social media influencer with more than 175,000 followers on Instagram — where she regularly advertises her favourite lifestyle and beauty products. The reality star is also an ambassador for a charity that works with and supports Bosnian children. In 2019, Basic was sentenced to 70 hours of community service and handed a three-month driving ban after pleading guilty to drink-driving, Heart FM reports.

During her time on the Australian series, which recently began airing on E4 here in the UK, Basic was initially matched with fellow contestant Bronson Norrish, and the pair tied the knot in a rather romantic outdoor ceremony. Ines and Bronson were sadly not a match made in heaven, and Basic quickly moved on to co-star Sam Ball, who had previously been matched with and married Elizabeth Sobinoff. Ines and Sam's secret affair played out in dramatic fashion, while the other contestants were completely unaware of the pair's relationship.

In 2021, Ines and Sam are no longer an item, and Ball decided to skip the reunion episode of Married at First Sight Australia season six, Digital Spy reports.

Elsewhere, a lineup of Married at First Sight Australia's most memorable contestants recently filmed a brand new two-part reunion show. Commenting on the forthcoming special, Basic told the Daily Mail she hopes producers will "put the edit together as truthfully as everything went down."

"It's going to be so off-putting if they don't... there are many ways things could be twisted,' she continued. "It's super bias too like some people cop clean edits just because they favour them."

More like this
Twitter Is Saying The Same Thing About 'Love Island'
By Sophie McEvoy
You’ve Got 'Love Island’s Farmer Will All Wrong
By Jack Orenstein
This Pre-'Love Island' Video Of Olivia & Zara Together Changes Everything
By Bustle UK
Is Winter 'Love Island' Flying Too Close To The Sun?
By Jason Okundaye
Get The Very Best Of Bustle/UK
Sign up for Bustle UK's twice-weekly newsletter, featuring the latest must-watch TV, moving personal stories, and expert advice on the hottest viral buys.