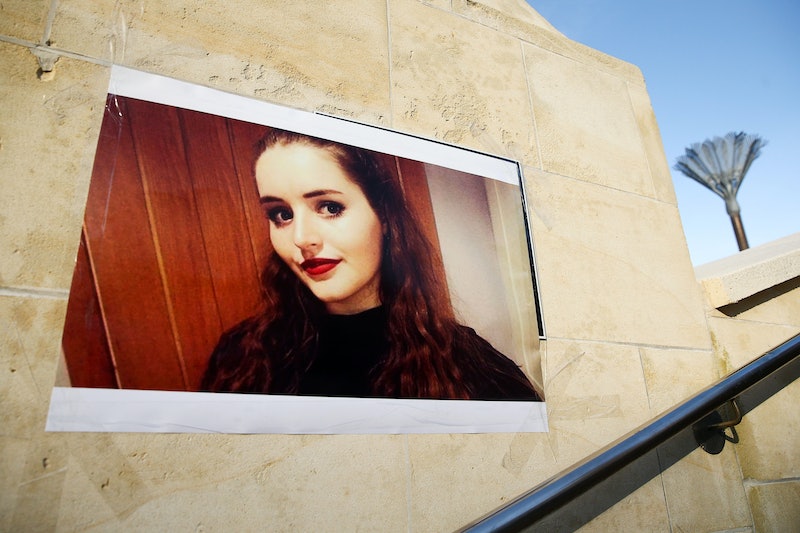 In the second episode of ITV’s Social Media Murders, the docs-series focuses on New Zealand Police as they track the whereabouts of British backpacker Grace Millane, who went missing after a Tinder date with Jesse Shane Kempson.

As detailed in the episode, the then 21-year-old embarked on a backpacking trip across the world after graduating from the University of Lincoln. She spent six weeks exploring South America before travelling to New Zealand on Nov. 20, 2018, for the second leg of her trip. After spending time with other backpackers on North Island, Millane travelled to Auckland on Nov. 30 where she matched with Kempson on Tinder.

On Dec. 1, the two were seen meeting for the first time in Auckland’s central business district on Victoria Street via CCTV. The couple were then seen on a date in and around the entertainment complex SkyCity, before they headed back to Kempson’s room at the CityLife Hotel. This was the last time Millane was seen alive.

Dec. 2 was Millane’s 22nd birthday, and her parents soon became concerned when their daughter wasn’t replying to their birthday messages. She was reported missing by them three days later, and New Zealand Police started their investigation by tracking Millane’s movements on social media. They soon discovered that Kempson was the last person to leave a comment on her Facebook page, and he subsequently became a person of interest.

Kempson came in for a voluntary interview but quickly became a suspect when police discovered the CCTV evidence contradicted Kempson's version of events – that he and Millane parted ways rather than going up to his hotel room.

On Dec. 8, Kempson was arrested and charged with murder after the inquiry into Millane’s disappearance is turned into a homicide inquiry due to mounting evidence.

The next day, New Zealand Police find Millane’s body in a “shallow grave” off Scenic Drive in the Waitākere Ranges. It was later discovered that Kempson strangled Millane to death, in what he described as “consensual rough sex” (via Tyla).

During Kempson’s trial, which started on Dec. 22, the prosecution alleged that he carried out “a number of internet searches on how to dispose a body, as well as viewing pornography” after Millane died, and “captured a series of intimate photos” of her on his phone.

Kempson maintained his innocence throughout the trial, but was found guilty and sentenced to life in prison with a minimum non-parole period of 17 years. During this time, two more victims came forward and accused Kempson of sexually assaulting them after matching with him on Tinder. In October 2020, Kempson was convicted of eight more charges related to these offences, including “using a knife on a woman” in one attack and “raping another woman on their first and only date in April 2018,” per BBC News.

Kempson was sentenced to a further 11 years in prison for these crimes, which will run concurrently with his life sentence. Details of these cases only came to light last year after Kempson “failed in a bid to overturn his murder conviction and sentence at New Zealand’s Court of Appeal,” per Sky News. He is currently serving his sentence at Auckland Prison, according to The Sun.