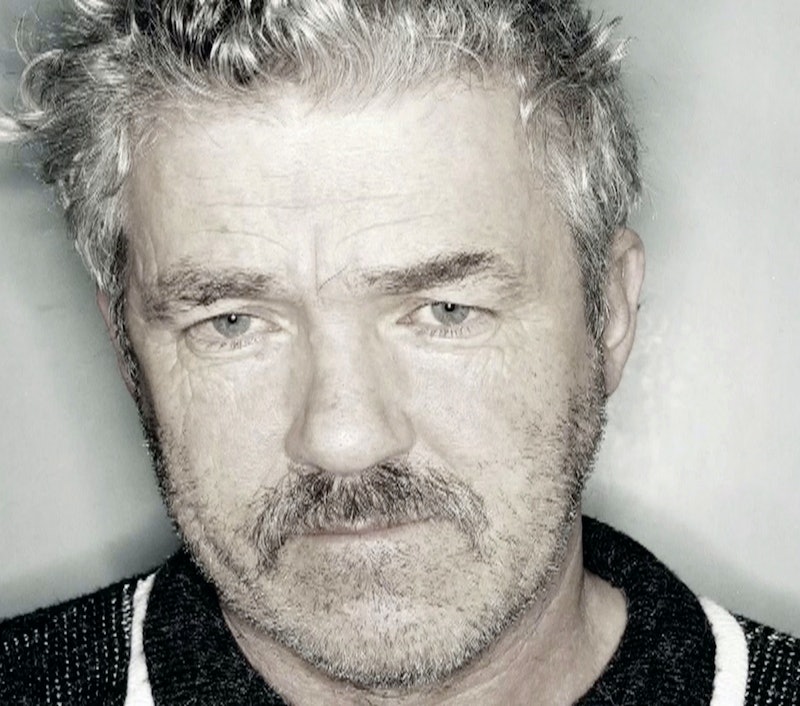 A new year means new crime shows, and Britain's best broadcasters are certainly delivering on that front. While the BBC may have The Serpent, ITV is currently gearing up for the release of The Pembrokeshire Murders — a three-part drama covering the crimes of British serial killer John Cooper. Starring Luke Evans as Detective Superintendent Steve Wilkins and Keith Allen as the aforementioned murderer, the series will see how police utilised developments in forensic science to catch the man behind the Pembrokeshire Coastal Path murders. But where is John Cooper now?

Sentenced to 16 years for burglary and robbery in 1998, Cooper was released from prison in 2009. However, following a cold case review and newly found evidence, he was arrested again in May 2011 for two double murders of siblings Richard and Helen Thomas in 1985 and couple Peter and Gwenda Dixon in 1989. The Thomas' fell victim to one of Coopers burglary attempts, and the Dixons were robbed at gunpoint on a coastal path and murdered. He was subsequently sentenced a whole life order in an undisclosed prison, which he unsuccessfully appealed in 2012. He remains behind bars to this day.

Initially unsolved, these four murders were linked to Cooper after microscopic DNA and fibres were discovered at the scenes were linked to evidence found at the scenes of Cooper's many burglaries. This, and Cooper's notable appearance on the ITV game show Bullseye in 1989, led to the serial killer's second arrest and subsequent life sentence.

Cooper was also charged for the rape and sexual assault of two teenage girls in 1995, after approaching them and three of their friends in the fields behind Mount Estate School in Milford Haven. As BBC News reported at the time of his second arrest, the killer "pulled out a double-barrelled shotgun and forced them all to lie face down on the ground" before assaulting the two girls, ages 15 and 16.

The new ITV series is adapted from Catching the Bullseye Killer, a book by journalist Jonathan Hill and Detective Chief Superintendent Steve Wilkins, both of whom became involved in catching Cooper. The series' writer is Nick Stevens.

Speaking to The Sun, Stevens explained that he actually recruited Cooper's son Andrew to help with writing The Pembrokeshire Murders, which he think took things one step further than the book. He said:

"One of the happy discoveries that I made in the course of reading the book, was this detail that when the detectives interviewed Cooper, they interviewed him over the course of three days, whenever he felt under threat, he would implicate his son, Andrew.

"And it gave me a real fire to find Andrew, and tell his story, and meeting with him and spending a lot of time with him, delivered an additional storyline not in the book, which I think enrich the eventual drama."

More like this
After The Bling Ring, Nick Prugo Was Embroiled In Another Scandal
By Arya Roshanian
The Bling Ring's Alexis Neiers Has Come A Long Way Since Her 'Pretty Wild' Days
By Sophie McEvoy and Arya Roshanian
A Former 'Strictly Come Dancing' Pro Permanently Joins 'It Takes Two' Spin-Off
By El Hunt and Sam Ramsden
'Survivor' Is Finally Coming Back To UK Screens
By El Hunt
Get The Very Best Of Bustle/UK