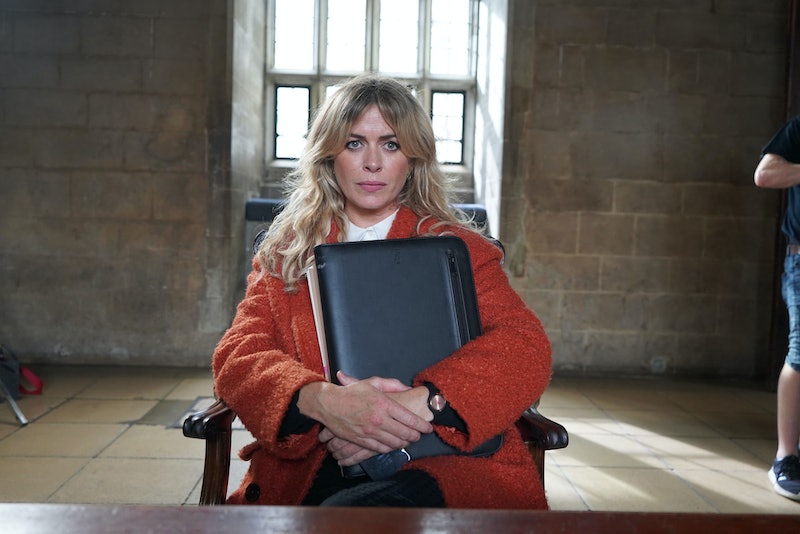 The Welsh TV drama Keeping Faith is back for its third series, but sadly it’s set to be its last. Celia Imrie, Sian Phillips, and Sean Fletcher are joining the cast this year, alongside series mainstays Eve Myles, Bradley Freegard, and Demi Letherby. The first series of Keeping Faith followed the character of Faith Howells (Myles), who's husband mysteriously disappeared. However, not all was as it seemed, because as more details began to emerge, it was clear this was not a straight-forward missing persons case. The BBC series is set in the fictional town of Abercorran, but where is Keeping Faith filmed?

According to the Radio Times, the drama's primary filming location is the town of Laugharne, which is situated on the south coast of Wales. The town is perhaps best known as being the former home of the poet Dylan Thomas, and many of Keeping Faith's exterior shots are filmed within the area. Other filming locations used throughout the BBC thriller include Gloucester Prison, Carmarthen Guildhall Magistrates' Court, Brangwyn Hall Swansea, the city of Newport, Bridgend, and the St Fagans National Museum of History in Cardiff.

During production of the third season, the majority of filming took place in Cardiff at Hugh James Solicitors Central Square and Broadcasting House, as well as a real college in a Grade-I listed castle (really) in the Vale of Glamorgan.

The show's director and producer, Pip Broughton, revealed that she knew where Keeping Faith was going to be set right from the very beginning. Speaking to the Radio Times, she said, "So often, when you get a drama, you think, 'Ooh I’ll go recce-ing and find out where to set it.' It’s an add-on, whereas that [location] is central to our intention right from our start." Broughton went on to describe the drama's Welsh landscape as being "very, very beautiful, and lyrical," but added that it can also be a place "where dark things lurk."

As reported by iNews, the third series of Keeping Faith currently airs on Saturday at 9 p.m. on BBC One, with all episodes available to watch on BBC iPlayer. Series three kicks off 18 months after the events of season two – which focused on the case of a local farmer accused of murder. However, Faith’s attention is now focused on a medical case involving an ill boy.

Keeping Faith currently airs on Saturdays at 9 p.m. on BBC One.

More like this
'The Catch' Revisits A Famed Irish Filming Spot From 'The Tudors'
By Darshita Goyal
6 'Happy Valley' Easter Eggs You May Have Missed
By Sophie McEvoy
Claire Foy Spoke Out About 'The Crown's Gender Pay Gap
By Sam Ramsden
Olivia Colman Stars In First-Look Trailer For BBC's 'Great Expectations'
By Sabah Hussain and Sam Ramsden
Get The Very Best Of Bustle/UK
Sign up for Bustle UK's twice-weekly newsletter, featuring the latest must-watch TV, moving personal stories, and expert advice on the hottest viral buys.