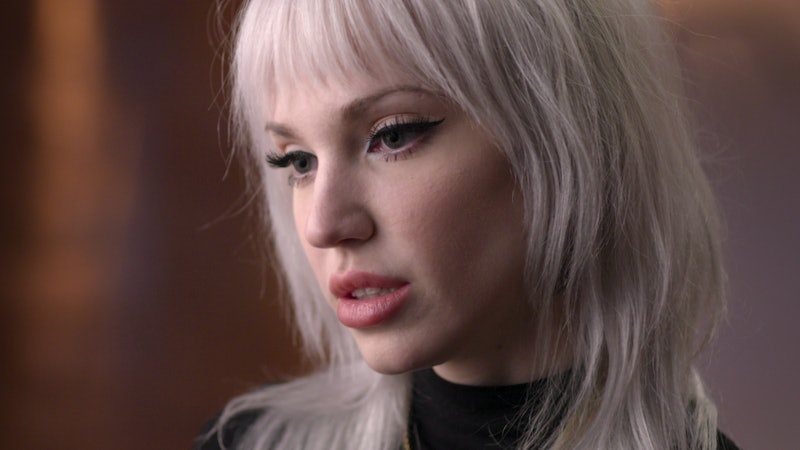 Most people in 2022 are familiar with the story of how Mark Zuckerberg invented Facebook in the early 2000s: While a student at Harvard, he created a website that allowed users to rank women. Not long after, this sexist premise developed into the first version of Facebook — a much different, far more sophisticated social media network, which relied on both male and female users. Fewer people know the story of another web pioneer, Hunter Moore, who founded IsAnyoneUp.com — a revenge porn website that he later compared to Facebook — in 2010. According to The Guardian, users submitted nude images and videos of unknowing victims (primarily women) without their consent. But that wasn’t all: Rolling Stone reported that the site also featured stolen images hackers had unearthed at Moore’s behest.

Moore is the subject of a new docuseries now available on Netflix, called The Most Hated Man on the Internet — an appropriate moniker for someone who once boasted that he was “a professional life ruiner.” As the docuseries reveals, Moore had plenty of fans — including, for a time, his girlfriend Kirra Hughes, who appears as a talking head. Hughes and Moore have now separated, and she claims she didn’t fully grasp the severity of Moore’s actions at the time.

To find out more about where Kirra Hughes is now, read on below.

Who is Kirra Hughes?

In a 2021 interview with Photobook, Hughes describes growing up in Encinitas, a town near San Diego, California. “I was a hurricane, troublemaker, rule breaker, you name it,” she says. “I wasn’t an easy kid to raise, just thinking about it scares me. I will never understand how my parents put up with me.” After graduating from high school, she moved to San Francisco to study fashion design. While living there, she met Moore at a party, and the two began dating at roughly the same time that he launched his website.

In the docuseries, Hughes insists that she was initially in denial about Moore’s actions, but that she eventually changed her mind. During this period, she says, she received Facebook messages from a desperate woman hoping Hughes would be sympathetic to her plight; others simply sent her death threats. When she was 22, Esquire reports, she left Moore and got on a plane to New York… though that may not have been until the FBI raided his apartment in January of 2014.

Where is Kirra Hughes now?

Currently, Hughes is based in Brooklyn, New York. The Cinemaholic reports that, as of 2020, Hughes was living with her boyfriend, the musician Spencer Draeger, along with their two cats. According to her Photobook interview, she’s been working as both a model and as a scenic prop designer. “For my entire life, my head has been spinning with ideas. If I get the slightest feeling of passion toward something I will do everything to pursue it and learn all that I can. It’s an adrenaline rush for me to challenge myself,” she told the magazine of her design work. Meanwhile, “when it comes to modeling and being called a model I never look at it as modeling. I just see it as an opportunity to do/show something new. Another creative opportunity.”

Her Photobook interview, conducted in January of 2021, suggests she’s eager to leave Hunter Moore behind her: She doesn’t mention him once, even after being asked what prompted her move from San Francisco to New York. Instead, she projects a carefree, bohemian attitude to art and life, explaining that her life motto is, “Don’t stop dancing when the music gets turned off.” But perhaps her participation in The Most Hated Man on the Internet suggests a new willingness to take some responsibility for her part in Moore’s scheme. As she says in the docuseries, “I feel ashamed and upset. I just wish I had known better at the time.”

Hughes maintains an Instagram account, @middakidda, where she posts updates on her life as well as her modeling work.

More like this
Anthony Templet Wants To “Live Normally” After Killing His Father
By Brad Witter
Where Is Charlie Evens Now?
By Morgan Leigh Davies
Dr. Anna Pou Is Still Practicing Medicine After Facing Murder Charges
By Brad Witter
'Children of the Underground' Subject Faye Yager Now Runs A North Carolina B&B
By Brad Witter
Get Even More From Bustle — Sign Up For The Newsletter