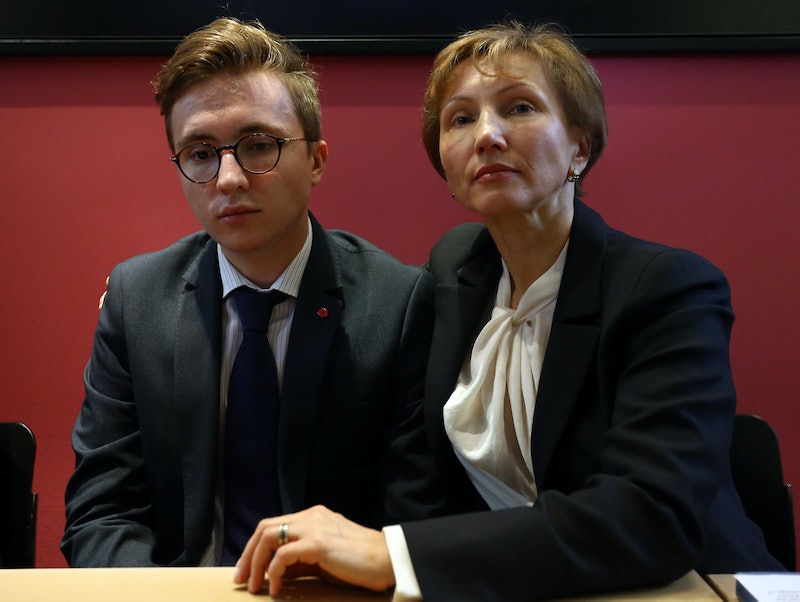 In 2006, the poisoning and murder of Alexander Litvinenko – a prominent critic of Russian president Vladimir Putin – shook the world. On Nov. 1 that year, the former Russian Federal Security Service officer was poisoned with polonium-210 by two former KGB agents, and died on Nov 23. Before his death, Litvinenko authorised the release of several photographs taken as he lay gravely ill in hospital. "I want the world to see what they did to me," he said. Now, a ITV drama, starring David Tennant, will revisit his devastating murder. The former Doctor Who star will play Alexander Litvinenko, while Russian-American actor Margarita Levieva plays his widow Maria. But where is the Litvinenko family now? And what is his widow, Marina, doing now?

Following Litvinenko’s death in 2006, Marina set up the non-profit organisation Litvinenko Justice Foundation alongside the Russian biologist Alexander Goldfarb and vocal Putin critic Boris Berezovsky, and campaigned to seek justice following her husband’s murder. After a decade spent fighting to secure a public injury, the High Court concluded in 2016 that Litvinenko had “probably” been killed by two Russian Federal Security Service agents, Andrei Lugovoi and Dmitri Kovtun, on Putin’s orders. Last year, the European Court of Human Rights also ruled on the murder, concluding that there was “a strong prima facie case” that Litvinenko had been killed by the two former soldiers.

Maria now lives in West London with her son. Originally, the Litvinekos fled to London in 2000 and were granted political asylum after publicly accusing Alexander’s superiors of corruption and ordering assassination. Now 28-years-old, Alexander’s son, Anatoly, has left his job as a paralegal and taken up a course on computer coding, per the Telegraph. He was just 12 when his father was murdered, and went to visit Alexander at University College Hospital when he was dying.

“Anatoly was definitely traumatised by his father’s death,” Maria told The Daily Telegraph in April 2022, “but he was very protective of what he was feeling inside. He didn’t cry, and it was only when he got older that he started to talk about it.” Maria and her son now plan to begin work on a joint memoir about Alexander and his murder. “When we write this memoir together it will be interesting to hear maybe for the first time his feelings about what happened, from his perspective,” she said.

Alexander’s widow remains highly critical of the Russian president, saying that her goal in life is to “live longer than Putin, and one day see him tried for war crimes, and for the murder of my husband”. Elsewhere, she also highlighted an article written by her late husband in 2006, published just days before his death, which claimed that the Russian president would wage devastating wars if he was not stopped.

“He was trying to save not only his country, Russia, not only his family, us, but the world,” she told the Metro. “In an article he wrote in 2006, just a few days before he was fatally poisoned, Sasha [Alexander] wrote, ‘if you don’t stop this monster, he will start a war and millions of people will die.’ Now, finally, it is happening,” she added, referencing Russia’s ongoing invasion of Ukraine.

In London, Marina says that she is often stopped by supporters. “I’m a very private person,” she told the Telegraph, “and I’m always really surprised when people recognise me in the street, though they are always very polite and generous. What I do in public, I am doing for my husband, but it doesn’t come naturally.”