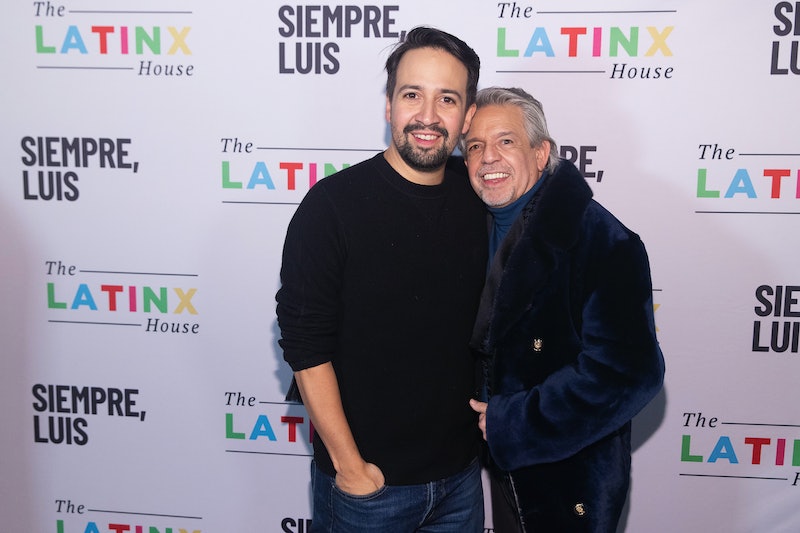 In the new HBO documentary Siempre, Luis, Lin-Manuel Miranda's father is depicted as a major figure in New York's Latino community, and as a fighter for the Puerto Rican diaspora in the United States. And where Luis Miranda, Jr. is now shows that little has changed since the documentary was produced.

In Siempre Luis, the elder Miranda's journey is traced from his childhood in Puerto Rico to his immigration to the United States in 1971. The doc also touches on his 2017 heart attack as well as his efforts to bring Hamilton to Puerto Rico in 2019. Since the doc covers such recent ground — Hamilton only had its Puerto Rico premiere in Jan. 2019 — it's no surprise that Luis is still largely in the same position he was when fans saw him on screen. Which includes his heart problems. "I am doing very well," he told Entertainment Weekly. "I am a very good patient, contrary to what my family believes. I still want to be around for a little while more."

Unsurprisingly, Luis is still calling New York City home almost five decades after first moving there. He also still holds a number of positions in the city where he is continuing to make a difference. Perhaps most notably, he is a founding partner at the MirRam Group, a political consulting firm that has worked on the successful senatorial campaigns of Hillary Clinton, Chuck Schumer, and Kirsten Gillibrand.

According to his bio at MirRam Group, Luis is also the chairperson of The Broadway League’s Latino audience development program, a Board Member of the John Jay College Foundation, Vice-Chair of the Northern Manhattan Arts Alliance, and a member of the advisory boards to both Nielsen Ratings and R.Evolucion Latina. He is also currently the Board Chair of the political action committee Latino Victory Fund, and his profile on their site lists even more positions: Founding President of the Hispanic Federation, Board member of The Public Theater, The Gilder Lehrman Institute of American History, and the Amber Charter School Foundation, and Chair of the advisory board at the Caribbean and Latin American Studies Department at the CUNY Graduate Center.

For anyone counting, that's a total of a dozen jobs for the New Yorker — and he shows no signs of slowing down anytime soon.