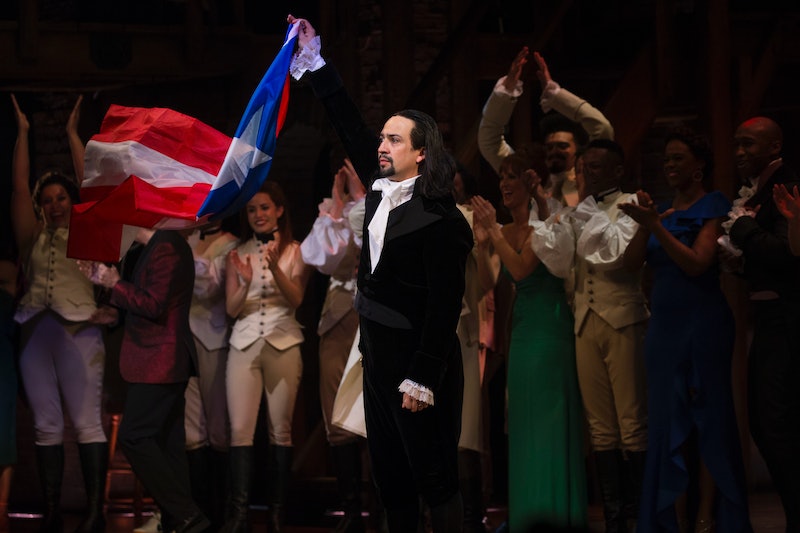 Most people are probably familiar with Hamilton creator Lin-Manuel Miranda, but his father Luis Miranda? Maybe not. That could change with the release of the new HBO documentary Siempre, Luis, which profiles the playwright's father as a Puerto Rican migrant who became a tireless crusader for both Latino immigrants and his homeland. The film also chronicles the elder Miranda's efforts to help Puerto Rico in the wake of Hurricane Maria's devastation, which included bringing a production of his son's hit play to its shores. But as Siempre, Luis shows, the Hamilton Puerto Rico performance ended up causing quite a bit of controversy.

Hurricane Maria made landfall in Puerto Rico on September 20, 2017, and quickly became the costliest natural disaster ever recorded in the island's history. The hurricane killed nearly 3,000 people, caused tens of thousands more to lose their homes, and racked up over $100 billion in damages. In 2018, the Puerto Rican Government estimated that it would take $139 billion for the island to fully recover from the storm, but so far, nothing even approaching that number has made its way to the island. The idea of the Mirandas staging Hamilton on the island in 2019 seemed like a great way to bring some attention and funds to the cause, but the play's Puerto Rican run didn't go quite as smoothly as planned.

Lin-Manuel Miranda already had plans to bring Hamilton to Puerto Rico before Hurricane Maria, but after the storm hit, he decided to turn the performance into a fundraising event for the island. The goal was both to raise money for the recovery efforts, and to bring renewed attention to the island after the post-storm media-coverage had waned. At the end of the day, he probably accomplished both of those things, but not without issue.

The root of some Puerto Ricans' discontent with Miranda bringing Hamilton to their shores came from the playwright's support for PROMESA, the Puerto Rico Oversight, Management, and Economic Stability Act. The 2016 law was passed by the U.S. Congress and set up a financial oversight board of non-elected officials to recommend measures that would see Puerto Rico emerge from its government debt-crisis. But the board has recommended austerity measures that have proved widely unpopular with locals, who see the board — known locally as La Junta — as representative of American colonial oppression over the U.S. territory. After the damage caused by Maria, Puerto Rico's debt problem has gotten exponentially worse, and some believe PROMESA has done more harm than good in putting the island on the path to recovery.

A Change Of Venue

Hamilton Puerto Rico was initially to take place at the University of Puerto Rico. The university has undergone some pretty devastating cuts under PROMESA, and as a result, it has been the site of ongoing student protests against the act and against colonialism in general. And since Miranda is an American who was a supporter of PROMESA, a number of protesters at the school weren't ready to roll out the welcome mat for him. One protest group even warned of staging major disruptive events during Hamilton's run at the school, according to Remezcla. So to avoid bad press and potential safety issues, the production was moved to a government-run theater with stronger police protection just weeks before the play was to open. This caused even more controversy, with the move suggesting to some that Miranda was siding with the government over the people, per The Atlantic.

Miranda's Puerto Rican Hamilton performance completed its run without major incident, it raised some money for the island, and Miranda even backtracked in his support for PROMESA, shifting to a stance of debt relief for the territory. But the fact that Hamilton's landing in Puerto Rico caused so much backlash to begin with just shows how deep the island territory's current problems run.