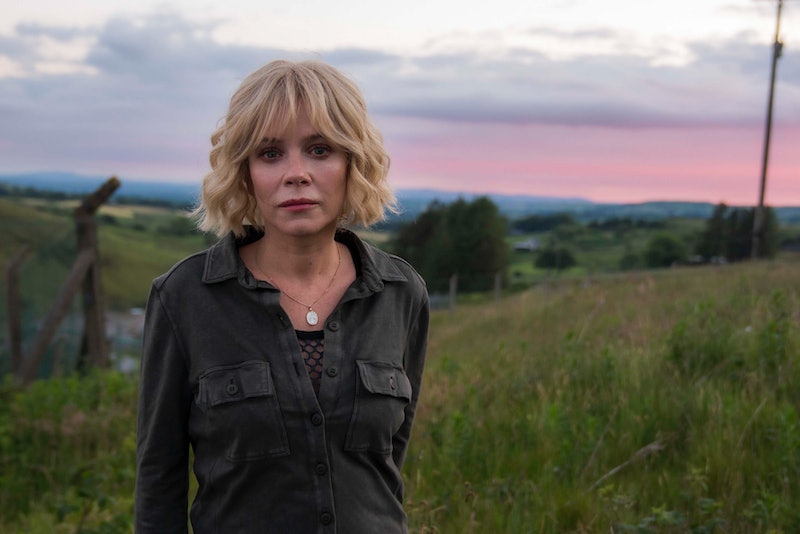 It's been almost three years since ITV's Marcella last graced our screens, and now, the third instalment of the Anna Friel-led drama is back. Once again, the plot centres around the titular tortured police detective, who battles with her dissociative identity disorder while chasing dangerous criminals. In series three, viewers can expect to delve deeper into Marcella's traumatic past, as she goes undercover in Belfast. So, where is ITV's Marcella series 3 filmed?

Per The Sun, Marcella's first two seasons, which aired on ITV in 2016 and 2018, were filmed across London and its neighbouring areas. However, production on the show's third series moved to an entirely new location, filming in and around Belfast between March and July 2019. Nestled in the countryside just outside Belfast is one of the drama's primary filming spots, Larchfield Estate, the heritage of which dates back to the 1600s.

Speaking to press ahead of Marcella series three, Anna Friel, who plays the leading role of Detective Sergeant Marcella Backland, talked about what it was like to film in Northern Ireland.

“We’d been shooting inside, in this mansion where a lot of the scenes take place, and we were desperately trying to get outside,” Friel said. "It had been glorious and so sunny and beautiful, and of course the one day that we went out it lashed it down."

Friel temporarily relocated to Northern Ireland during production, and said she had "the best" time there. She also shared that she has a personal connection to the city of Belfast, and was able to reconnect with family on set. "It’s where I spent most of my childhood, most of my holidays," Friel recalled. "So family that had never been able to visit me on-set before could do on a regular basis."

"The street where I lived, within the first few days of moving in, I had flowers and letters saying ‘we live on this street, we’re not stalkers or anything, but pleased to welcome you just to make sure you feel at home.' Which I thought was so kind and gracious," she added.

Marcella continues on Tuesdays at 9 p.m. on ITV and is available to watch in full via the ITV Hub.