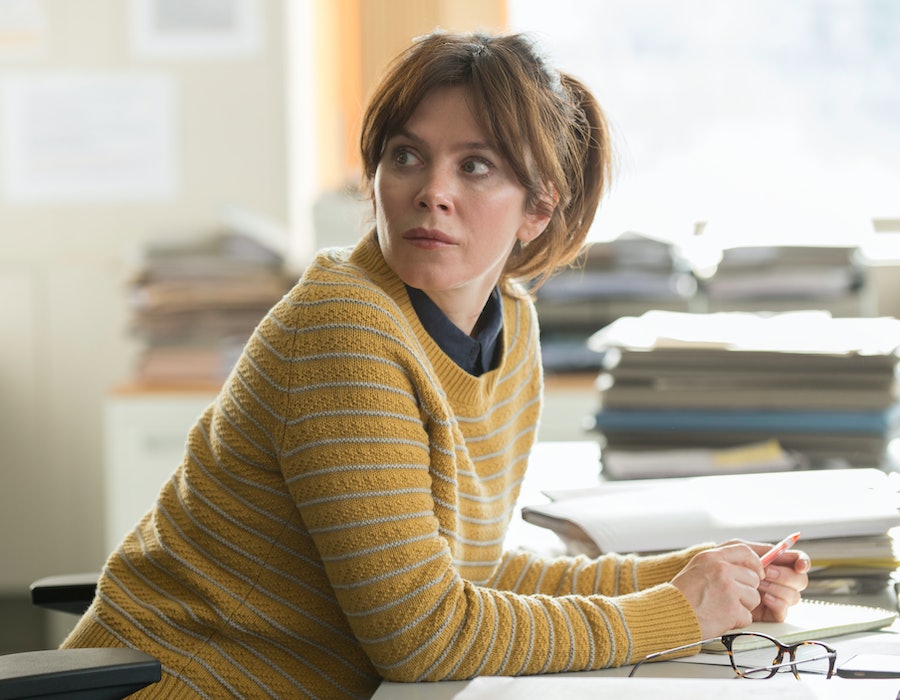 Marcella returns to Netflix U.S. on June 14, but UK fans will have to wait for several more months to watch it on ITV. That's going to make the wait for a potential Marcella Season 4 seem even longer. The show hasn't been officially renewed and has an extremely long production timeline, so the longer Netflix takes to make a decision, the longer it will be until Marcella is back onscreen.

Marcella was renewed for Season 3 in October 2018, but filming didn't start until summer 2019 for a summer 2020 premiere — unless you're in England, in which case you'll be waiting until September 2020, according to lead actor Anna Friel. "UK must wait I am so sorry until September," she tweeted earlier this month when announcing the U.S. premiere date.

In another tweet, she seemed to blame the delay on the ongoing COVID-19 pandemic. She said that ITV, which airs the show in the UK, likely wanted to space their shows out since nothing is currently in production right now. "I guess as things aren't being made. Certain networks have to hold certain thing to make sure they have content to show in the latter months!" Friel wrote.

After this batch of episodes airs on Netflix and then eventually ITV, fans will be looking ahead to a potential fourth season. Last time, the show was renewed about eight months after it premiered. But since ITV will likely want to see the ratings before making a decision, the wait for a renewal could take longer than usual due to the UK airing delay.

According to Variety, the first two seasons had good ratings for ITV, with Season 1 drawing an average of 7.6 million viewers per episode and Season 2 drawing 5.1 million. Having millions of eyes on a show is always incentive to bring it back for more, and it helps that Marcella has a second audience on Netflix and also on Polar+ in France.

If the series is renewed, Season 4 won't air for a while. There's been about two years between each season, with Season 1 premiering in 2016, Season 2 in 2018, and now Season 3 in 2020. That pattern would put Season 4 filming in 2021 and premiering in 2022. It would likely return with eight episodes, which is how long all the other seasons have been.

Enjoy the new episodes in the meantime, because the wait for more will be a lengthy one.