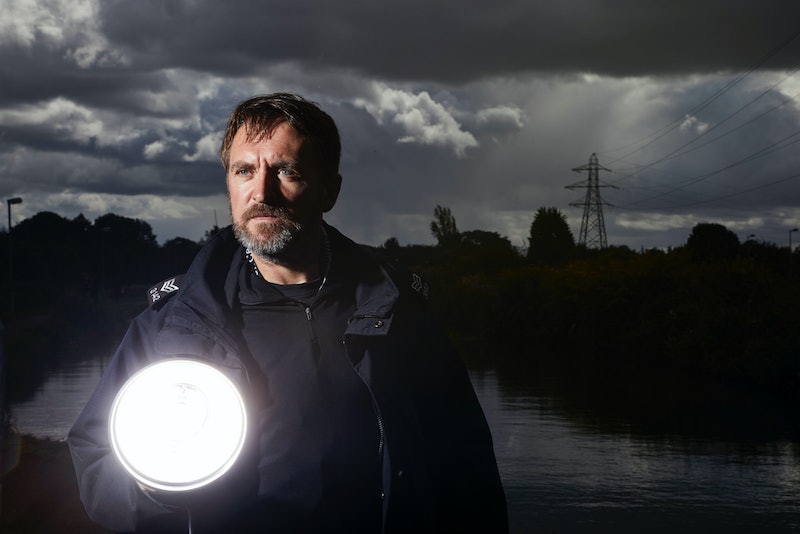 When an army veteran in Cheshire suffering from PTSD was reported missing in November 2017, his family and the police investigating feared the worst. The ensuing investigation became the focus of the first episode in BBC's Reported Missing, which is now in its third season. Early on in the case, it is clear to police that the former soldier does not want to be found, but where is Mark Smith now?

At the time of his disappearance, the 56-year-old Army veteran ran Blue Apple Heroes, a Warrington-based charity and café which aimed to help other veterans with PTSD. Following an argument with his wife, Denise, Smith disappears, leaving his personal belongings behind and his affairs seemingly in order. After a lengthy search, Cheshire police, led by Sgt Carl Ellis (pictured), find Smith him alive and well in Scotland.

Smith says he left because he was drowning with the stress of running the charity. He felt like he had no way out, he said; like was a failure, and "needed to get away from it all." Leaving, and potentially even taking his own life, was his only choice.

Following the filming of Reported Missing, Smith was arrested on suspicion of theft, after military memorabilia that had been donated to go on display in the charity's coffee shop and could not be returned to the donors. After an 18-month probe, he was cleared of wrongdoing and all charges against him were dropped. "Then the people who made these allegations told the lies they did, and people started believing them," he said.

Smith's organisation is no longer in existence. The charity folded following his breakdown. "For about two years, I had been trying to get someone to take over the charity because it was starting to have a reverse effect on my mental health," he told the Warrington Guardian. "We had rent to pay for the charity, and it started to cripple us."

According to the Warrington Guardian, Smith is now "looking forward to moving on with his life after the close of the investigation, and is able to look back with pride on the charity's achievements."