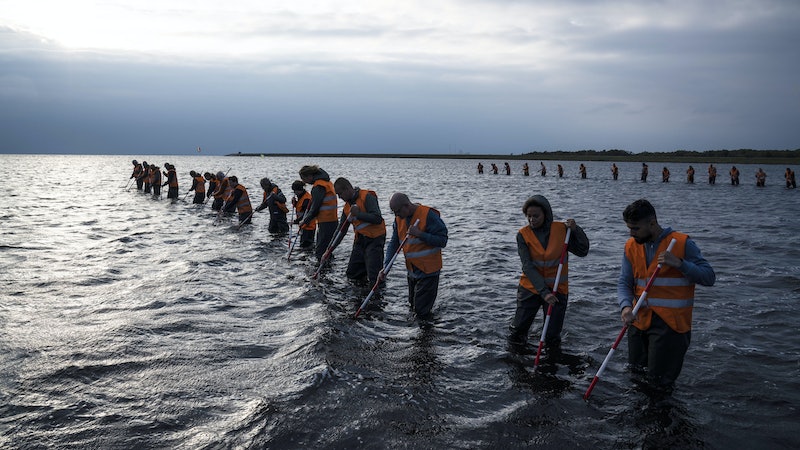 In 2017, Swedish journalist Kim Wall was murdered in a submarine after stepping onboard to interview its owner, Danish entrepreneur Peter Madsen, who would later be arrested and charged for her death. The case is set to be dramatised a series called The Investigation on BBC2, which will unfold over eight episodes. But what about the real-life aspects of the case? And where is Peter Madsen now?

Wall died inside Madsen's home-made submarine, the UC3 Nautilus. Per the Independent, the journalist intended to be on the submarine for only two hours, but sadly she would never return to dry land alive. In the days following, parts of Wall's dismembered body would be found in Køge Bay near Copenhagen.

Madsen gave conflicting reasons for Wall's death, including that he'd dropped the submarine hatch on her head and "buried her at sea because that was the maritime tradition," the Independent writes.

Madsen was later charged with premeditated murder, aggravated sexual assault, and desecrating a corpse, per the Guardian. Following a short trial, he was convicted of all three charges and sentenced to life imprisonment. Madsen is now serving his sentence at Herstedvester Prison on the outskirts of Copenhagen. In October 2020, Madsen managed to escape prison after reportedly threatening a guard with a "pistol-like object", BBC News reports. He didn't get far, however, and was quickly surrounded by police outside the prison.

It's unlikely that the BBC series will cover this point in Madsen's crimes, as it seems to be solely focused on the investigation conducted by Copenhagen's Police and Head of Homicide Jens Møller. The series is being made in "close cooperation" with Møller, as well as Wall's parents Ingrid and Joachim.

Development of the series included "painstaking research" to make ensure it was accurate, as well as being a faithful adaption of "the story that captivated the world's attention in 2017," as production company Freemantle's Jamie Lynn told the BBC. "While crafting a gripping series as suspenseful as anything fictional, the committed research [director] Tobias Lindholm and the team have put into this project will ensure this is a TV event like no other."

More like this
Sophie Turner Will Star As A Notorious British Thief Next
By Darshita Goyal
Fans Have Discovered The 'I'm A Celebrity' Camp's *Exact* Location
By Emma Madden
Twitter Can’t Get Enough Of The Romance In 'Ekin-Su & Davide: Homecomings'
By Sophie McEvoy
Meghan Markle Just Addressed *Those* Wild 'Real Housewives' Rumours
By Sophie McEvoy
Get The Very Best Of Bustle/UK