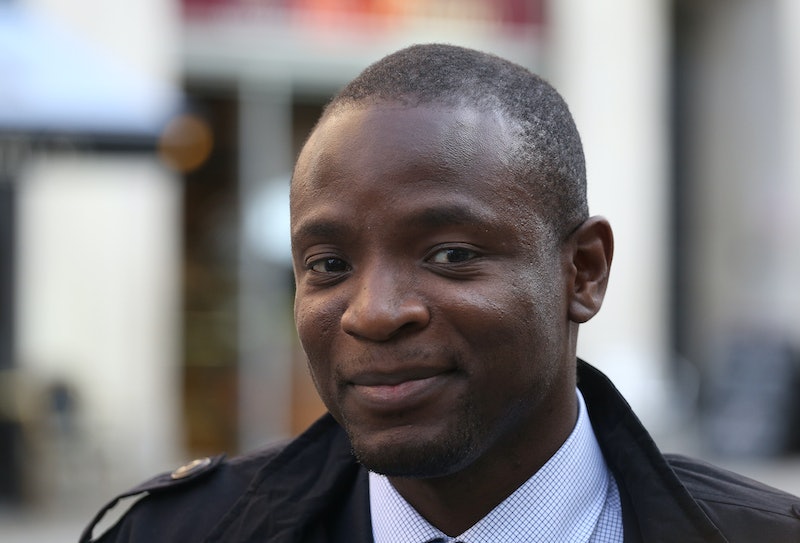 ITV’s new three-part drama Stephen will tell the true story of how Baroness Doreen Lawrence (played by Sharlene Whyte) and Dr Neville Lawrence (Hugh Quarshie) battled for a number of years to see two of their son’s killers brought to justice. Stephen Lawrence was murdered in a racist attack in South East London in the spring of 1993. It’s reported that a gang of at least five men were involved in Stephen’s killing, with his friend Duwayne Brooks being present at the time but managing to escape with his life.

Actor Richie Campbell will appear as Duwayne in Stephen, which begins this Sunday (August 29) at 9 p.m. Below are some key details about Duwayne’s life that viewers may want to know ahead of watching.

As mentioned, Duwayne who was with Stephen the night he died. Per the Guardian, Duwayne and Stephen were waiting at a bus stop in Eltham, London, on April 22, 1993, when they were attacked by a gang. While Duwayne managed to escape, Stephen was tragically stabbed to death.

Although Duwayne’s evidence was crucial in finding and eventually convicting Stephen’s killers, he was met with racist stereotyping from the Metropolitan Police and dismissal from the Crown Prosecution Service. His experience would go on to inform part of the Macpherson Report, which found the Met to had demonstrated “professional incompetence, institutional racism and a failure of leadership” during the Stephen Lawrence investigation.

In 2006, Duwayne released his book Steve and Me: My Friendship with Stephen Lawrence and the Search for Justice, which details his account of what happened on the night of Stephen’s murder and the years that followed, including his mistreatment at the hands of the police and his struggles with post-traumatic stress disorder.

Also in 2006, Duwayne was awarded £100,000 in compensation and given an apology from the Metropolitan Police for the treatment he received after the murder. The settlement, believed to be the largest of its kind, came at the end of a six-year legal battle by Duwayne.

Three years later, in 2009, he embarked on a career in politics, becoming a Councillor for the Liberal Democrats in Lewisham. Per The London Gazette, he was awarded an OBE in 2015 for public and political service and went on to join the Conservative party in 2018. That same year, Duwayne appeared in the three-part BBC documentary Stephen: The Murder That Changed a Nation.

Now Duwayne’s story will be told by ITV, whose new three-part series Stephen will explore how he and the Lawrence family worked tirelessly to put together a reinvestigation into Stephen’s murder and ultimately secure the convictions of two of his killers more than 18 years after his death.