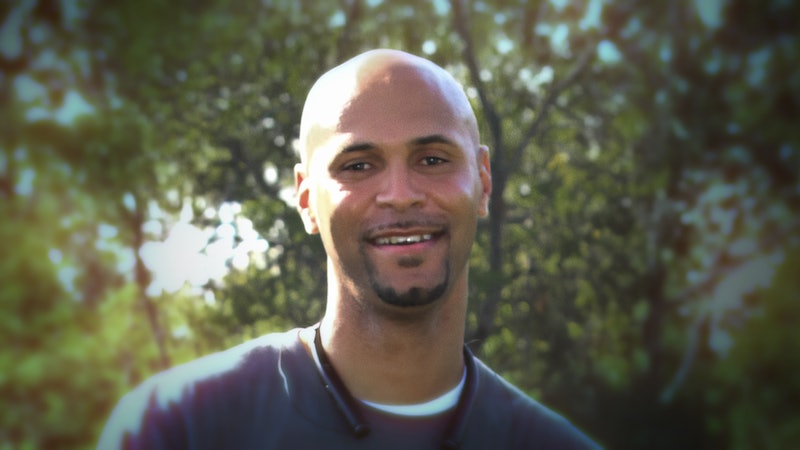 Unsolved Mysteries Volume 3’s third episode, “Body in Bags,” revisits the 2018 murder of David Carter, a 39-year-old Michigan father. Carter’s family reported him missing in early October 2018, and days later, they learned the tragic news that his dismembered body parts were found in various locations along Interstate 75 in Ohio. After police brought his girlfriend of six months, Tamera “Tammy” Williams, in for questioning and deemed her a person of interest the same month, she swiftly fled the state and remains at large today.

As explained in the Netflix series, Carter was last seen on September 28, 2018, at his son DJ’s football game with Williams. When his sister, Tasia Carter-Jackson, and DJ’s mother, Samia Conner, arrived at the game, the couple was sitting apart in the stands. Appearing in the Unsolved Mysteries episode, Carter-Jackson said she believed that her brother “broke it off with Tammy” after the game because of what she described as Williams’ possessive behavior.

Two days later, DJ and his mother both received texts from Carter’s phone explaining that he had to call off a planned visit because he was sick. Unable to reach his father by phone, the teen stopped by his apartment, and when he arrived, Williams was taking out the trash. After she spotted him, DJ says, she ran into the apartment and locked the door. Once she finally let him inside, she allegedly would not allow him to enter Carter’s bedroom or bathroom and claimed that his father had gone out for a walk (despite his illness).

After Carter failed to show up to work for days, his friend and co-worker, Roger Davis, called Carter-Jackson, who went to check her brother’s apartment on October 2. Arriving with her husband, Derrick Jackson, she found the front door unlocked, at which point she called Conner and Carter’s father, Elton, who joined them to investigate the apartment together. Inside David’s bedroom, they discovered blood stains and what appeared to be bullet holes. Once they reported Carter missing, the family began their search, but Williams raised suspicions when she didn’t help them and claimed that she hadn’t seen her boyfriend in days or know his whereabouts.

The following day, Melvindale Police contacted Elton about a gruesome discovery made in Ohio on October 1. A mowing crew off of I-75 had come across a “weird-looking sleeping bag,” which Ohio State Troopers determined to contain the severed lower torso of an adult male. Lucas County Coroner Diane Scala-Burnett, who was interviewed in Unsolved Mysteries, explained that the only identifying feature was a pit bull tattoo on the victim’s upper left leg. Once Elton confirmed that his son had such a tattoo, police opened a homicide case.

Based largely on Williams’ bizarre behavior that DJ witnessed, along with her seeming lack of concern over her boyfriend’s disappearance, police brought her in for questioning as their prime suspect on October 5. Unable to find sufficient evidence to warrant a murder charge, authorities were only able to detain Williams for three days before Michigan law mandated her release from their custody. However, she remained a person of interest in the case.

In the days that followed, a duffel bag containing Carter’s dismembered head was found elsewhere along Ohio’s I-75, followed by yet another bag containing his upper torso. Burnett was able to determine that Carter died from a single gunshot wound below his left ear. That’s when Williams went on the lam.

According to investigators, she made several large cash withdrawals and traveled by train from Ann Arbor, Michigan, to Chicago, before heading to New York City. Williams was last seen leaving New York City’s Neptune Hotel on October 18, 2018, and her current whereabouts remain unknown.

“She changes her look a lot. You know, she might have a wig and she fluctuates her hair. The color, styles,” Deputy U.S. Marshal Aaron Garcia said in October 2021, noting that they consider her to be dangerous. “So, as far as identification, it’s going to be ... it’s been pretty hard.” Meanwhile, the reward for information leading to Williams’ arrest has now increased to $10,000.‌