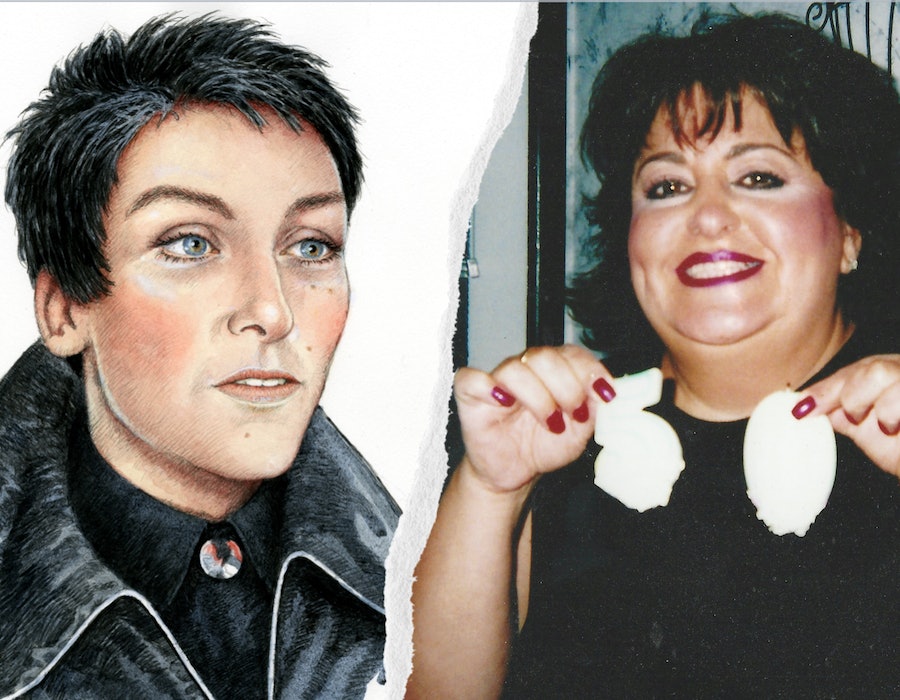 Three months after awakening a legion of armchair detectives, Unsolved Mysteries returned to Netflix this week. The second volume introduces six new cases to investigate and obsess over, including the curious death of a former White House aide, ghost encounters in the aftermath of a catastrophic tsunami, and two missing children cases from the '80s with some eerie parallels. And though it's only been a few days since the show's release, co-creator Terry Dunn Meurer says new leads are already pouring in.

"We’ve actually gotten close to 400 tips as of [Wednesday]," she says. Most notably, U.S. Marshals announced they're closing in on Lester Eubanks, a convicted murderer who escaped prison in 1973 and has evaded capture ever since. And they've received some "good and significant" tips about the "Death In Oslo" episode, which centers around a mysterious woman who died in Norway in 1995. "A lot of people are saying, 'Why can’t you do some DNA testing on this [since] DNA has come so far?'" Meurer says. "But apparently in Norway that’s not allowed. So Lars [Christian Wegner, the investigative reporter featured in the episode] doesn't have access to that himself, and he’s at the mercy of law enforcement on that case."

Below, Meurer weighs in on fan theories, the Volume 1 case that still keeps her up at night, and what's to come in a potential Volume 3.

With the "Death in Oslo" case, a lot of people have been stuck on the fact that “Jennifer Fairgate” checked into a hotel without an ID or credit card. Do you have an explanation for that?

There was a theory that maybe she knew someone at the hotel who was working in the administration, and that could have allowed that to happen. Another theory is they were very, very busy when she was checking in. Who knows, she could have been like, "Oh, I’ll bring my passport down later" or something like that. We don't know what was said at the front desk, but we do know that she had the reservation under her name and then she called later to add [Lois Fairgate] as somebody who was on the reservation as well, so that's very suspect. [This] case, I think out of all of them in this volume, is probably the most mysterious and baffling. It's also a double mystery. It’s "Who is she?" and "How did she die?" The details and the clues, or lack of clues, are mind-boggling.

"He was definitely murdered. There’s no doubt about that."

Viewers have also fixated on the first episode, “Washington Insider Murder,” about Jack Wheeler. Which theory do you find most plausible about his death?

He was definitely murdered. There’s no doubt about that. The case was ruled a homicide. It wasn’t an accident and it wasn’t a suicide [or] undetermined. He was beaten up very, very severely. I don't believe it was just a random act of street violence, because I don’t think people who attack people or assault people on the street [will] go through the trouble to take the body and put it in the dumpster. I believe that somebody did not want his body to be found.

People have been confused about the footprints found in his kitchen, which weren't really addressed in the episode. Can you speak to that?

The whole thing in the kitchen was a bit of a mystery, especially at the beginning. But I think as law enforcement began to piece everything together, [the] theory is that Jack might have created that scene himself. He had lost his cellphone, and he lived by his phone, so he was basically freaked out. The thought is that he came up with the idea to stage it like a break-in.

Police response and practices have been a source of scrutiny in the JoAnn Romain case due to the lack of DNA swabs and other oversights. Plus, her estranged cousin, Tim Matouk, was a cop at the time. What are your thoughts on the theory that her death was covered up by police?

There was a wrongful death suit that was filed and that was dismissed, and then an appeal was filed and that was dismissed. It feels like the court did not find any evidence of a cover-up, so I have to fall in line with what the court said. I think it was a very bizarre situation for the police who came upon this scene. Oftentimes police officers who aren't necessarily experienced in this kind of situation have a bit of tunnel vision. They definitely thought that JoAnn walked into the lake. Although, having been there myself at the scene and seeing how steep that embankment is, even during the summertime when there's no snow [and I’m] in tennis shoes, walking down, it’s treacherous. And in the dead of winter in an icy lake [when she’s] afraid of the dark and afraid of the water? Everything works against the suicide theory.

When [JoAnn's daughter Michelle Romain] went into the police department, she named four suspects and those are the four suspects that we deal with in the episode. We try to approach these cases as objectively as possible. But in this case, there are so many things that didn't make it into the episode. So there are a lot of different theories and lot of different suspects.

"Everything works against the suicide theory."

Some Redditors also think JoAnn's other brother Bill is a suspect, and apparently someone flew a banner over Detroit that read, "Tim and Bill Matouk, wait until the public finds out who you really are" several months before Volume 2 premiered. What's the story there? Did you talk to Bill at all?

Oh, they’ve been flying banners over Grosse Pointe [in Michigan] for — I mean, there was just another one that was flown over, I wanna say in the last month [that said], "#handcuffs Tim and Bill Matouk we’re coming for you." There have been multiple banners for years. I did not talk to Bill. Bill did not want to be interviewed.

With “Stolen Children,” news reports have mentioned that Christopher Dansby and Shane Walker both played with the exact same children before they disappeared, which isn't mentioned in the episode. Is there a reason that didn't make it in?

In our research, we found that that was not the case. It’s funny because we initially heard that as well, when we started looking into this case, but we found out that they did not play with the same two kids. It was only [Shane] who played with those two kids, so that was based on the police reports.

A lot of the leads [for those cases] are going to the National Center of Missing and Exploited Children, and we were in touch with them this morning. They've had a few leads, but those are going to be fewer and farther between [because] Shane and Christopher have been missing for 30 years, and a lot of the other faces you see [at the end of the episode] have been missing for decades. You just never know what the circumstances can be.

"There’s just no way he could have come off [that] roof."

A lot of the memes for Unsolved Mysteries poke fun at the fact that you go into the show knowing these are unsolved cases, but you come away from it really wanting to solve them. Is there a particular case that keeps you up at night or that's really stuck with you?

The case that is the most baffling is the Rey Rivera case from Volume 1. It’s hard when you’re filming to show the relationship between the roof and where he landed, [but] having been up on that roof where he allegedly came off of, there’s just no way he could have come off this roof. And I know the investigative journalists who we featured on the episode, Jayne Miller and Stephen Janis, are still working really diligently on that case. They’ve gotten a lot of leads and theories about what might have happened other than him coming off that roof, so they’re working on those theories.

The show hasn't officially been renewed for Volume 3, but are there any specific cases you want to explore in the future?

Yes there are, but I’m not gonna talk about them. [Laughs.] We have a database of cases that we've selected [with] hundreds of cases. And I can say that we want to provide the same [kinds of] mysteries that we did in the first and second volume. So, you know, a variety of paranormal and murder and unexplained death cases. [We] try to feature cases that we feel are solvable. So that's always the goal: to solve the cases and present solvable cases for viewers to jump into.