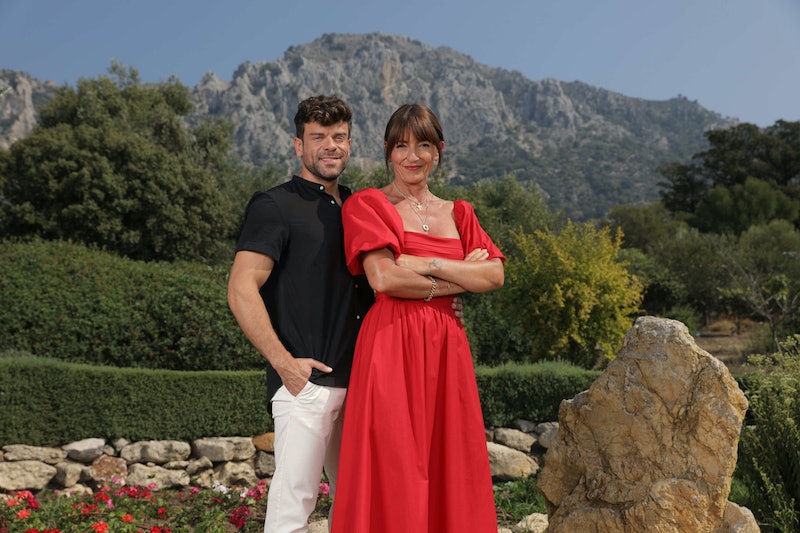 Another reality dating show is on the horizon. More hopeful singletons will attempt to find love in Channel 4’s brand new series The Language Of Love. Hosted by Davina McCall and Spanish TV host and actor, Ricky Merino, the new series will see a group of Brits and Spaniards partner up in an idyllic location, despite the fact they can’t speak each other’s language. The bilingual new show asks ‘can sparks fly even with a language barrier to overcome?’ But where exactly is The Language Of Love filmed?

Airing Jan. 4, The Language Of Love takes place in a “dreamy” estate Spanish country estate, Finca in Andalusia, because let’s face it, finding love in a sunny Spanish climate is far more romantic than a blustery British destination. And, from the looks of the trailer, the temperature isn’t the only thing that gets hot...

Inside the country estate, newly formed couples from the UK and Spain will take part in challenges and tasks to help them test their connection as well as learn more about each other’s countries, their culture, and their languages. As Channel 4 explains, “At the end of the series, the international lovers will face a big dilemma: to call it quits, stay together long distance, or perhaps move to a new country to be with their newfound love.”

While many other popular reality dating shows such as ITV’s Love Island are known to whisk their contestants to dreamy locations across Europe, The Language Of Love has promised that the upcoming show is entirely different from mainstream competitions like ITV’s Love Island.

Speaking to Digital Spy, The Language Of Love host Davina McCall stressed that the new series is “different from so many other dating shows in a lot of ways. Firstly, the contestants are different from the usual types of contestants you would find on a dating show. They are all invested in finding love.

"There's no cash prize to be won. There's no huge holiday off anywhere. The prize is love. So they're incentivised to find love and not fame and success,” she said. "The other thing is, because of the cultural differences, it's so flipping funny. It's so unexpectedly hilarious at times.”