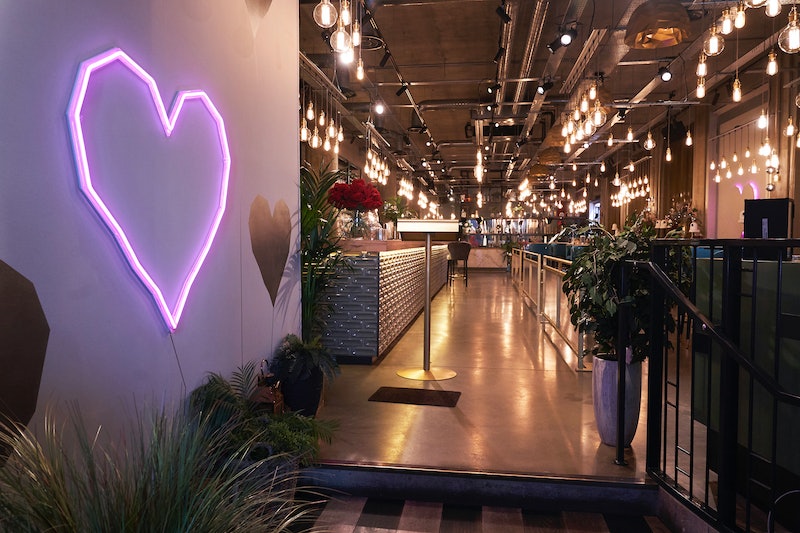 Television's favourite maitre d' Fred Sirieix is back to help a new set of diners find romance in the brand new series of First Dates. Airing this week (Jan, 19), Channel 4's popular dating show has moved to its entire production to the north for the first time in the show's history. With a brand new location, the 16th series also boasts a fresh new venue, yet where is the new First Dates restaurant in Manchester?

The new series of First Dates is taking place in The Refinery, a chic cocktail bar and restaurant, based in Spinningfields, Manchester City Centre. Situated close to the city's various upscale bars and restaurants, the First Dates diners will have most likely been treated to the restaurant's laid-back menu of rump steak and classic fish and chips, as well as quirky cocktails.

Channel 4 is confident that a new setting will help sparks fly for this new round of singletons, and promise the same "warm, moving and often very funny moments" that viewers love about First Dates.

Filming for the series at The Refinery in Spinningfields restarted in September 2020 after six months off due to the coronavirus pandemic, according to Manchester Evening News.

First Dates brand new Manchester team — David, Daniella and Fiona — have shared how they managed to keep "love in the air" in the First Dates restaurant while complying to COVID-19 restrictions.

"Everybody was tested before entering the restaurant so it meant we could have normal interactions, which was so nice after so much isolation this year," says Fiona, who will be serving daters their drinks (and getting the gossip). "I remember some of the dates being surprised they could hug! It’s been such a strange year," she added.

Liverpudlian server David says "laughs" and "romance" were still on the cards despite the restrictions. "It has been such a challenging time for the hospitality sector which is really sad," he explained.

"Luckily, working in a closed restaurant allowed us to follow detailed procedures which helped us to keep to create a safe and normal environment," he added. "It was my goal to give the daters their one night of laughs, love, and romance."