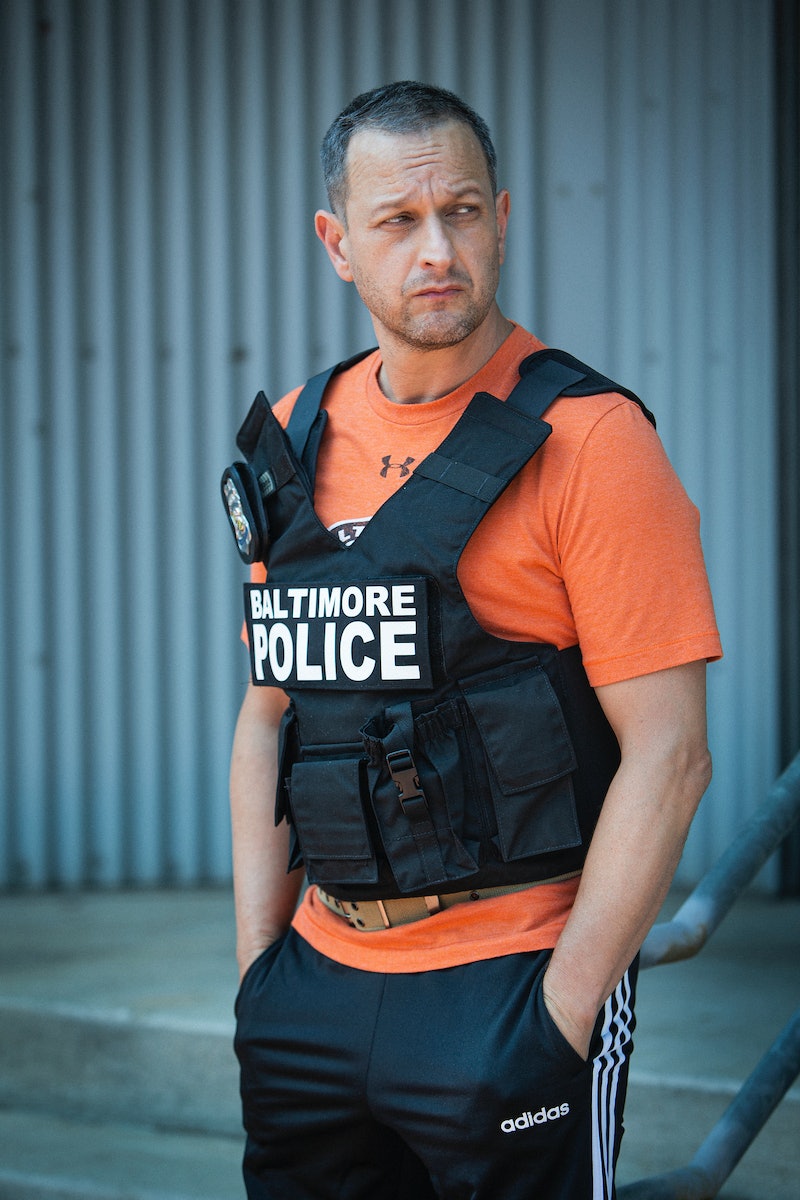 Photograph by Paul Schiraldi/HBO
By Kadin Burnett
May 2, 2022

HBO is currently in the midst of retelling the story of one of the greatest scandals in American policing, charting the rise and fall of Baltimore’s Gun Trace Task Force in the series We Own This City. The show comes from The Wire creator David Simon, who clearly knows his way around Baltimore-based crime drama. However, unlike The Wire, Simon’s current series is based on a true story, one that rocked an entire city and left several figures, like Daniel Hersl, behind bars.

Josh Charles (The Good Wife, Dead Poets Society) plays the role of Daniel Hersl in the streaming series, attempting to capture the malice that Hersl used to patrol the streets of Baltimore. Hersl was one of eight Baltimore police offers in the Gun Trace Task Force indicted on charges of robbery and racketeering in 2017 after a secret internal investigation revealed that the unit was stealing guns and drugs from local gangs and dealers, only to resell the same contraband for a profit. A prolonged period of bribery, strong-arming, and general lawlessness eventually landed Hersl and several other task force members behind bars.

According to The Baltimore Sun, Hersl had a reputation as an abusive cop long before he was charged for his actions as a part of the Gun Trace Task Force. Several complaints had been levied against the officer, including excessive force and unlawful arrest. For instance, Hersl had been accused of breaking a woman’s arm and on a separate occasion breaking a man’s jaw and nose. Another incident involved Hersl arresting a woman for selling church raffle tickets. The city paid a total of $200,000 to settle complaints against Hersl.

Hersl received an 18-year prison sentence in 2018. Although the racketeering charges grabbed headlines, the Gun Trace Task Force members were also charged with regularly allocating overtime pay using fabricated hours. Despite the mountains of evidence suggesting the opposite, Hersl released a series of letters in 2019 in which he claimed to be an honest officer and maintained that he was wrongfully convicted.

In the letters, Hersl asserts that he was a victim of “prosecutorial misconduct” while also being made to suffer from “prison trauma” and “fabricated” stories about him. “I had a street reputation of being an aggressive officer,” he wrote, “but that was in light of defending the City, my fellow police officers and myself from an extremely dangerous and overly aggressive illegal drug trade.”

Despite his assertions of innocence, prosecutors in June 2021 discovered a 2017 interview in which Hersl admitted to having taken money six times. The interview had not been used against him in his initial trial but would serve as further evidence of his guilt. Hersl won’t be eligible for release until 2032 and is currently being held at the United States Medical Center for Federal Prisoners in Springfield, Missouri.

More like this
All The Theories About Kathleen Peterson’s Death
By Morgan Leigh Davies
What Happened To The Real Sean Suiter From We Own This City?
By Kadin Burnett
Meet Michael Peterson’s First & Second Wife
By Morgan Leigh Davies
How 'The Staircase' Cast Compares To Their Real-Life Counterparts
By Arya Roshanian
Get Even More From Bustle — Sign Up For The Newsletter