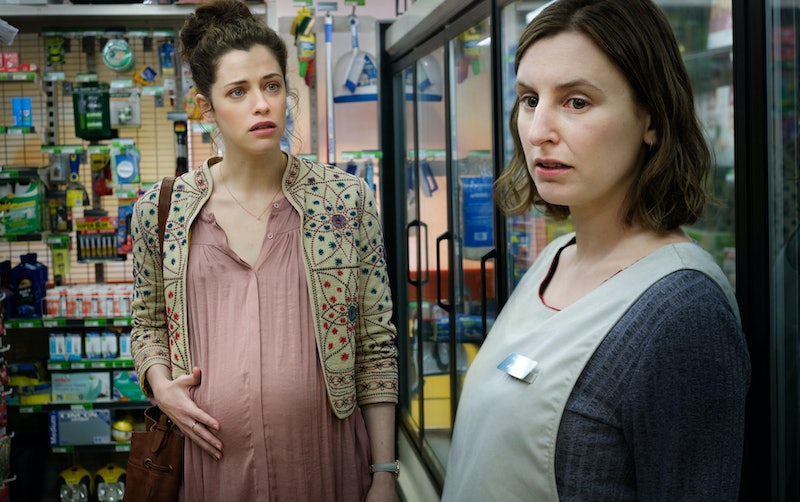 The story of an unlikely bond between two pregnant women is at the centre of the BBC's latest dramatic offering, The Secrets That She Keeps. Starring Downton Abbey's Laura Carmichael, the new series is inspired by true events and adapted from Michael Robotham’s 2017 novel of the same name. But what else is there to know about the Australian thriller? And where is The Secrets That She Keeps filmed?

The six-part drama is set within an affluent Australian suburb, and filming reportedly stayed true to show's script, taking place on-location across the city of Sydney and the nearby Blue Mountains.

As the Radio Times reports, the series follows the story of Agatha and Meghan, two pregnant women who share the same due date. After first meeting in a chance encounter at the local supermarket, the pair go on to develop an unlikely friendship. However, shelf-stacker Agatha and mummy-blogger Meghan live vastly different lives, and when dark secrets of both women begin to unravel, their worlds soon collide.

The cast of the new drama, which was acquired by the BBC earlier this year, includes Downton Abbey's Laura Carmichael as Agatha Fyfle, The Crown's Jessica de Gouw as Meghan Shaughnessy, All Mankind's Michael Dorman, and more.

As mentioned previously, the psychological thriller is based on the novel by Michael Robotham and loosely inspired by true events — more specifically, the real-life kidnapping of Abbie Sundgren, which took place back in 1994 at Nottingham’s Queen's Medical Centre. As the Daily Mail reports, Sundgren was eventually found safe and returned home. Twenty six years later, Abbie is now reliving the story she once found herself at the centre of as a newborn.

"‘As I am sure you can imagine, this does bring up a lot of emotions for my family," Sundgren explained to The Mail on Sunday, discussing the new series. However, Abbie also revealed that, instead of being traumatised by the small-screen portrayal, she very much approves of the Australian adaptation.

The Secrets She Keeps begins on Monday, July 6 at 9 p.m. on BBC One.

More like this
Everything To Know About The 'Daisy Jones & The Six' TV Series
By Maxine Harrison and Brad Witter
'Brookside' Is Coming Back & Soap Opera Fans Are Going Wild
By Sam Ramsden
These 5 Words In 'The Last Of Us' Ep 2 Have A *Major* Impact In The Future
By Sophie McEvoy
This Dark 'Happy Valley' Theory Is Staring You Right In The Face
By Sophie McEvoy
Get The Very Best Of Bustle/UK
Sign up for Bustle UK's twice-weekly newsletter, featuring the latest must-watch TV, moving personal stories, and expert advice on the hottest viral buys.