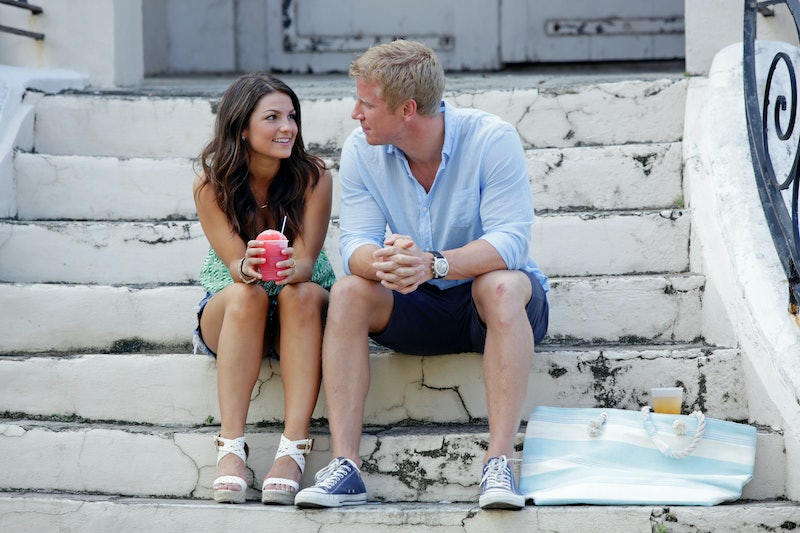 Sean Lowe may have awarded Tierra LiCausi his first impression rose on The Bachelor Season 17, but the Las Vegas native certainly didn't win congeniality points among her fellow contestants. Famous for one-liners like "I can't control my eyebrows!" and "nobody will take my sparkle away," Tierra played the villain role until Sean sent her home in Week 7. Even Tierra's life after The Bachelor has at times been almost as dramatic as it played out on screen.

Just one week after her elimination episode aired in 2013, Tierra announced she was engaged to a mystery man she had dated several years before joining the ABC reality dating series. Her brother Tyler told E! News at the time that producers tried to get Tierra and her fiancé to appear together on the Women Tell All special, but she refused.

"Her fiancé is a very private guy and doesn't like the spotlight," he told the outlet in 2013. "She doesn't want to do it because of all the negative publicity. She could go on to set the record straight, but who knows how they're going to edit it? People are still going to hate her."

By September 2013, Tierra announced her engagement had ended, and she largely disappeared from the spotlight. Her brother had explained to E! that she didn't "want the 15 minutes anymore." It wasn't until 2018, however, while appearing on fellow "villain" Bachelor alum Olivia Caridi's Mouthing Off podcast that she addressed why she'd largely retreated from public life after appearing on the show. "I just felt like, why do I need to keep telling my story?" the Las Vegas leasing consultant said.

Although she's continued to live her life under the radar, Tierra's Instagram account, which is set to private, features several photos of her new boyfriend, Tyler. In a June 1 post she gushed about meeting Tyler on New Year's Eve 2019, which she called a night she'll never forget.

Despite growing up Catholic, Tierra, who still lives in Las Vegas, also announced on her Instagram page that she'd chosen to be baptized again in February 2019. "What an incredible and indescribable feeling," she wrote of the ceremony. "Nothing but overwhelming joy of being able to surrender all my sins. Breaking the chains of restriction and being reborn again with new life!"

With the past couple of years including some new chapters, it seems that Tierra still hasn't lost the sparkle she's refused to let anyone take from her.