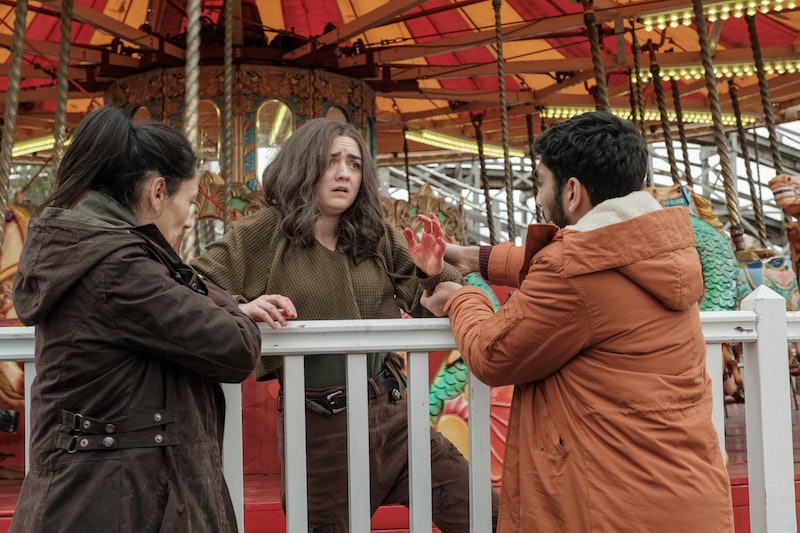 She may have put her days of sword fighting behind her, but Maisie Williams’ new role in Two Weeks To Live proves she’s still as fearless as Game Of Thrones led us to believe. The six-part dark comedy drama follows Williams as she completes her life long mission of avenging her father's death (sound familiar?), with plenty of mishaps and laughs along the way. Williams’ character is supposed to be living the quiet rural life but where is Two Weeks To Live filmed? The series showcases some of the best UK acting talent and was filmed along the country's coastline too.

In the new Sky comedy Williams takes on the role of Kim Noakes, a slightly misguided young woman on a mission. Fleabag’s Sian Clifford plays her mum and Mawaan Rizwan from Next of Kin, makes up their slightly mismatched team. They’re pretty big names in British TV and as filming took place it was revealed that the cast had travelled to the hipster seaside town of Margate in Kent to capture scenes at Fort Crescent. It was reported that parking restrictions were put in place last November along Marine Drive in preparation for the crew who were filming by the sea defences.

Viewers from the South East may recognise the amusement park that the cast film at as Dreamland in Margate. It’s open for visitors and situated just off the beach. They also used the Lighthouse Bar and filmed on Margate Beach. While a lot of filming took place around Margate, the cast also traveled to Herne Bay up the coast to shoot some scene and to Hampton Pier.

Two Weeks To Live is an adventure series and a lot of the scenery is pretty wild. The trailer builds to a tense scene in a clearing of a forest where Nicky (played by Rizwan) reveals he can’t move because he’s stood on a landmine, just so you get a taste for what’s in store. I reached out to Sky to establish where the forest is but they’re yet to get back to me.

The rural scenery plays backdrop as Tina (played by Clifford) whisked Nora (played by Williams) off to the countryside for some survivalist training and to keep her safe after the death of her father. However, 15 years later Nora has other ideas. Tina’s training comes in handy as a few drinks at their local pub and a very ill judged prank lead to potentially violent ends and Nora, Nicky, and Tina have to run from a murderous gang.

While the story is dark, you won’t be able to keep a straight face while watching Two Weeks To Live. Speaking about filming to the Independent Williams said, “when you watch us onscreen, you can just tell we’re having a lot of fun. That’s an infectious thing for the audience. That’s what it's all about, right? Moving the audience and them being able to feel what you’re giving, and I think this show really does that. And for me, it’s different to anything I’ve done before.”

Two Weeks To Live begins on Sky One on September 2.