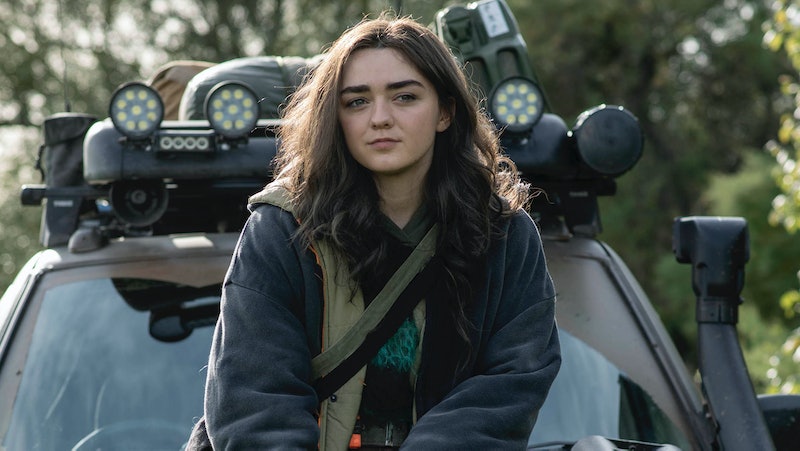 With Game of Thrones star Maisie Williams at the helm, Sky's Two Weeks to Live follows the story of a young misfit, who sets out to explore the real world after escaping the seclusion of rural life and an over-protective mother. After losing her father in suspicious circumstances as a child, she then embarks on a quest to honour her dad’s memory. However, a seemingly harmless evening turns into a series of chaotic, and potentially life-threatening events — and if the upcoming black comedy sounds like your cup tea, you're in luck, because the Two Weeks to Live trailer recently dropped, and fans finally have their first glimpse at what promises to be a thrilling new series.

Lead star Maisie Williams plays Kim Noakes, while Sian Clifford, who is perhaps best known for her work on Fleabag, will appear as Kim's overly-protective mother. In the action packed trailer, Williams can be seen firing two guns during an intense high-speed car chase, and getting into a fight with a balaclava-clad man — so, if this first teaser gives us any indication, it appears we have yet another brilliant show to add to our must-watch lists.

The plot of the black comedy centres around young misfit Kim (Williams), who after losing her father at a young age, was taken to live in a remote rural area, where she spent much of her childhood being taught unusual survival techniques by her over-bearing mother. Many years later, Kim ventures out into the real world for the first time, in a bid to carry out a secret mission that aims to honour her father’s memory. However, after being introduced to some fresh faces, Kim soon finds herself in grave danger — and after a series of unfortunate events and botched prank, the newly formed trio wind-up being on the run from a murderous gangster.

Speaking of the new series, lead star Williams revealed her belief that Two Weeks to Live has "really great potential," and as the Express reports, executive producer Phil Temple described working on the comedy-drama as being "a blast from day one," and teased viewers can look forward to a "fresh" and "very, very funny" story.

Two Weeks to Live is expected to air on Sky and NOW TV later in 2020.