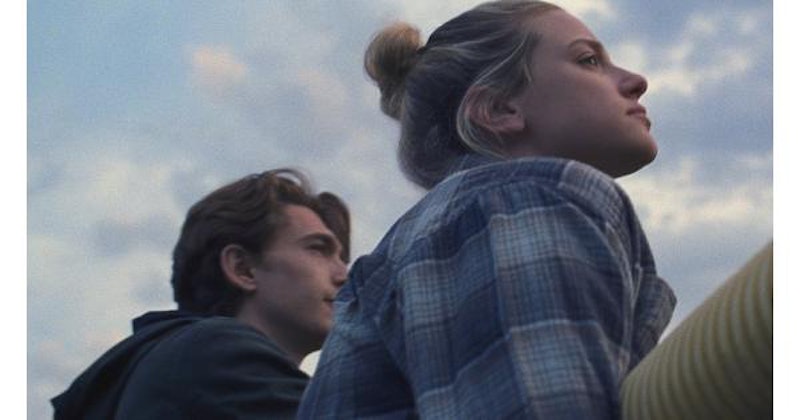 Sometimes romance isn't all it's cracked up to be. That's the way Chemical Hearts (out now) tells it as it takes a darker, heavier tone in portraying the love story between two lonely teens. If you're expecting a traditional YA romance, you might want to look elsewhere, because at the heart of Chemical Hearts is a pretty heavy emotional journey. But if that does sound like something you're looking for, then you'll probably want to know where you can stream Chemical Hearts.

Adapted from the YA novel Our Chemical Hearts, the film tells the story of Henry, played by Austin Abrams (Euphoria, Scary Stories to Tell in the Dark, The Kings of Summer, Paper Towns), a high school senior and hopeless romantic who just can't seem to find his so-called "one true love." Then Grace, played by Lili Reinhart (Riverdale, Hustlers, The Kings of Summer), shows up as a new transfer student at his high school. As fate would have it, the two of them are picked to work on the school newspaper together, and they find their bond growing from acquaintances to friends to perhaps something a little bit more. But as they get to know each other, Henry finds that Grace is hiding a heavy secret from him about her dark past, one that she's refusing to divulge for her own reasons.

If you feel like a good cry this weekend, then streaming Chemical Hearts should be a pretty straightforward affair — provided you're an Amazon Prime subscriber, that is. That's because Chemical Hearts is streaming exclusively on Amazon Prime video at this time. The film is an Amazon original and is being released by Amazon Studios. As of right now, no other streaming service has indicated that they'll offer the film, so if you don't have an Amazon Prime account, you may be out of luck.

More like this
11 Movies To Watch At The 2023 Sundance Film Festival
By Chloe Foussianes
Pamela Anderson’s Dating & Marriage History Could Be Its Own TV Series
By Jake Viswanath
Here’s Everything Coming To & Leaving Netflix In February
By Jake Viswanath
Yes, You Can Stream ‘To Leslie’ In The UK Now
By Sam Ramsden
Get Even More From Bustle — Sign Up For The Newsletter
From hair trends to relationship advice, our daily newsletter has everything you need to sound like a person who’s on TikTok, even if you aren’t.