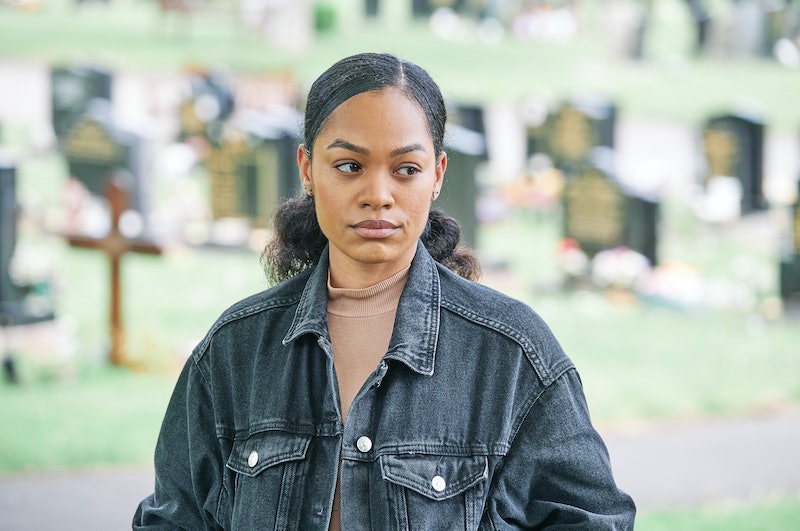 Based on the novel Post Mortem by former Met Police Officer Kate London, ITV’s The Tower centres on an investigation into the disappearance of a police officer, who goes missing after the tragic deaths of a veteran cop and a teenage girl. The series is largely set across the city of London. But, where was ITV’s The Tower actually filmed?

Although based in the south of England, the Radio Times reports that production mostly took place up north in and around the cities of Liverpool and Manchester. Per the Liverpool Echo, filming also took place in the town of Runcorn, Cheshire, in May 2021, as well as Warrington, Seacombe Ferry Terminal, and Tatton Park in Knutsford, the Express reports.

Reflecting on his time filming the series, Peaky Blinders’ Emmett J Scanlan, who plays DI Kieran Shaw in the drama, said filming in the north brought back memories of his Hollyoaks days. “I was either filming in Liverpool or Manchester so frequenting streets that I used to frequent back in 2010. That was definitely a trip down memory lane,” he told the Radio Times.

Speaking previously to Bustle, Tahirah Sharif, who portrays rookie police officer Lizzie Adama in the series, recalled her experience filming The Tower in a particularly rainy Liverpool. “Almost every time I filmed there was a thunderstorm and trying to do emotional, heavy dialogue with rain lashing your face is so challenging,” she revealed of her time on set.

As mentioned, The Tower follows the story of a hunt for the rookie police officer Lizzie Adama (Sharif), who goes missing after a fellow cop and a teenage girl fall to their deaths from a tower block in south-east London.

“Within hours, Lizzie has disappeared, and Detective Sergeant Sarah Collins is charged with leading the investigation. She not only has to track down Lizzie before she comes to serious harm, but also to uncover the truth behind the grisly deaths,” an ITV synopsis reads.

Joining The Haunting of Bly Manor’s Sharif and The Deceived’s Scanlan in the cast of the crime drama are The Long Run’s Jimmy Akingbola as DC Steve Bradshaw, Coronation Street’s Jim English as DC Jez Vine, and Chernobyl’s Karl Davies as DCI Tim Bailie, among others.