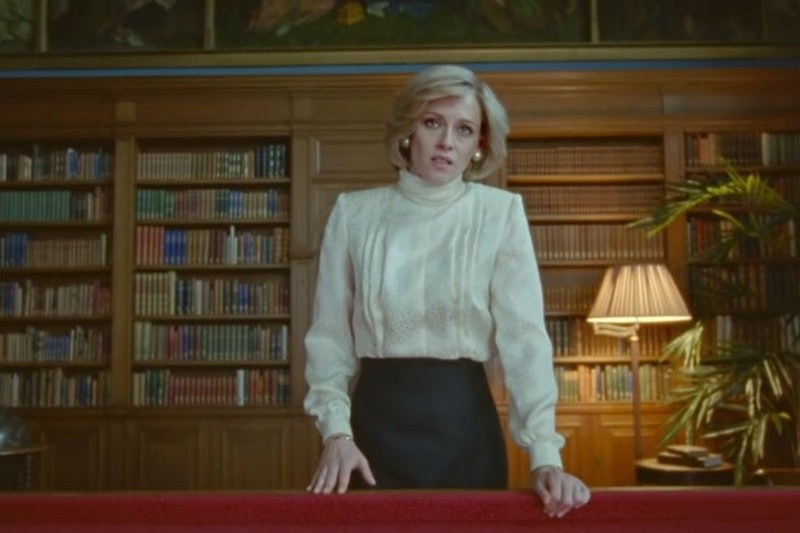 Directed by Jackie’s Pablo Larraín and written by Peaky Blinders’ Steven Knight, Spencer portrays a raw and emotional interpretation of a series of events in life of Princess Diana. Addressing everything from her fraught relationship to Prince Charles to her experience of eating disorder, the film sees Kristen Stewart take a star take on the role of the People’s Princess. The regal settings are also eye-catching.

Filming took place in both the UK and Germany, per Indiewire. Tatler notes that filming, which began in January 2021, included Germany’s Schlosshotel Kronberg castle, along with the Schloss Marquardt in Marquardt in Potsdam, and Nordkirchen Castle, in the state of North-Rhine, Westphalia Germany. The Castle is known as the “West­phali­an Ver­sailles” by locals due to the opulent interiors and impressive gardens.

According to reports, the scenes depicted at the Sandringham Estate were filmed at Nordkirchen Castle, including the scene that shows Diana walking through the estate’s gardens in the trailer.

As for the UK filming locations for Spencer, they included the replica of St. Peter and St. Paul’s Church, which we see Diana watch Charles with Camilla walking together, and the scene where the Royal Family visits the church on the Sandringham Estate.

Interestingly, Spencer was one of the very first UK film productions to be shot in Europe following Brexit. However, Producer Paul Webster told Deadline that “no visas were necessary for cast and crew from the UK,” for filming purposes in Germany.

There is no doubt that the sets involved will be impressive for viewers of Spencer, especially considering production designer Guy Hendrix Dyas worked on the movie. Dyas’ previous projects include Inception and Passengers, of which he received Academy Award nominations.