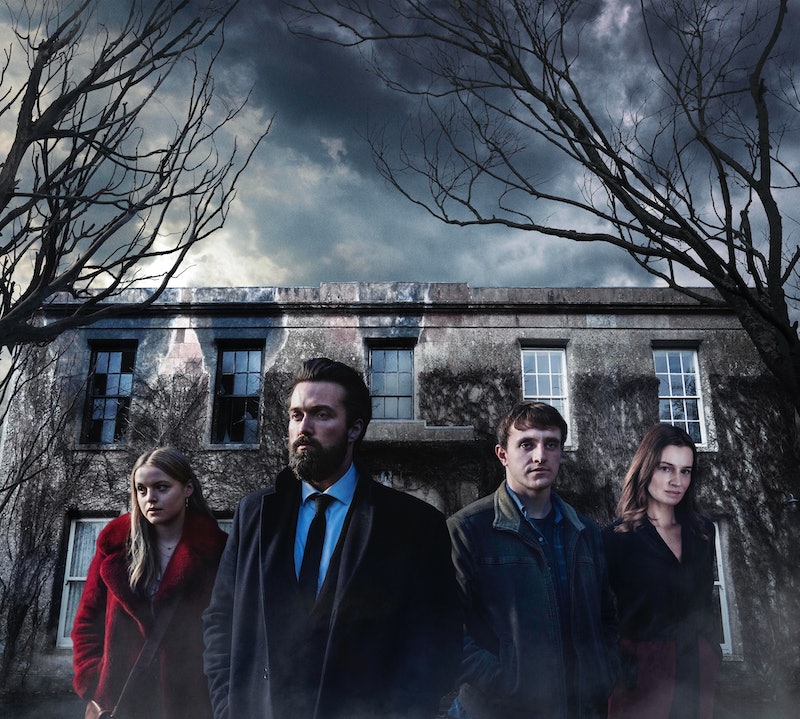 Created by Lisa McGee (Derry Girls) and Tobias Beer, The Deceived sees young student Ophelia (Emily Reid) fall for her English lecturer Michael Callaghan. Described by Channel 5 as a psychological thriller, Ophelia and Michael's affair leads to dire consequences once they make their way back to his hometown in County Donegal, Northern Ireland. But where was The Deceived filmed?

Beginning last November, the four-part series was shot between the UK and Ireland and includes locations such as Cambridge University (where Ophelia and Michael meet), areas of Belfast, and "a large country estate" somewhere in Donegal in the fictional town of Knockdara. Mysterious.

This estate acted as Michael's sprawling house that he used to share with his wife, who mysteriously dies in a house fire. "The house is like a character in itself — it's the strangest, kookiest place!" Reid told entertainment site What's On TV. "There was definitely, for me, some strange energy in that house — which was great. It meant you didn't really have to do anything imaginatively as an actor, it was all sort of done for you."

While this estate hasn't been specified, County Donegal offers a diverse range of locations for the series to take advantage of, including miles of rugged coastline, isolated moors, and the uninterrupted wilderness of Glenveagh National Park.

It's clear that County Donegal will play a major role in The Deceived, and so will the city of Belfast. Cast and crew were spotted filming in the city centre in late November, where Sean (played by Paul Mescal) was seen sharing a pint with Ophelia.

Once the series gets going, I'm sure residents of County Donegal will be able to shed some light on the locations used — especially that mysterious country estate.