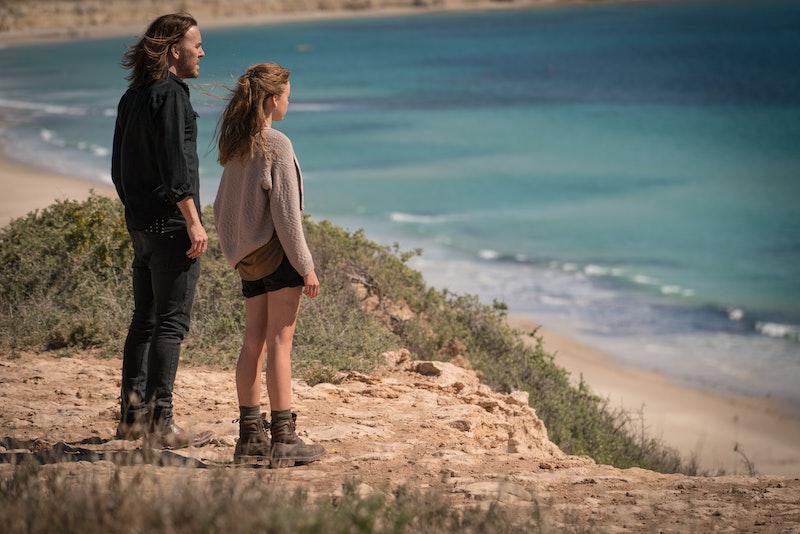 In Sundance Now's new road trip miniseries Upright, hot and humid Australia is just as striking a character as the show’s lead actors. Comedian Tim Minchin plays Lucky Flynn, a down on his luck Sydney musician setting out to see his dying mother on the opposite side of the country. The changing landscape pushes the action along toward his hometown of Perth, along the way establishing the states of Western Australia and South Australia as more than dusty outposts. Still, the magic of TV can be deceiving. While much of the series was shot on location, the bulk of Upright's filming locations were around Adelaide and the rest of South Australia.

“There’s two amazing things about the geography of SA. One is you can drive an hour that way and it feels like it is country NSW and then go an hour another way and it feels like it is the Nullarbor Plain,” Minchin told Adelaide news outlet The Advertiser in praise of the region’s ambidexterity, which he predicts could make it a hub for Australian filmmaking. “That’s good when making a road movie.”

Film crews were spotted in the northern Adelaide suburb of Medindie, as well as recognizable locations throughout the city, like the Wheatsheaf Hotel pub and a local hospital. The crew visited a handful of smaller Outback towns, including Quorn, Hawker, Port Augusta, and Woomera, not to mention the more touristy and iconic salt flats and pink lakes of SA.

Eventually, production moved on to Western Australia, including one eventful night of filming in the gold rush town of Kalgoorlie, where the set had to be evacuated twice while an electrical storm raged outside. Ultimately, it seems, there’s no substitute for the visual register of home. Minchin’s Upright finished up filming in Perth, the hometown he shares with his character Lucky. Eagle-eyed Australophiles might even spot the WA capital city’s famous white sand Cottesloe Beach.

More like this
Everything To Know About The 'Daisy Jones & The Six' TV Series
By Maxine Harrison and Brad Witter
Here’s What Happens To Bill & Frank In 'The Last Of Us' Video Game
By Brad Witter
When Was 'Bling Empire: New York' Filmed?
By Karen Fratti
The 'Freeridge' Cast Shared Their Hopes For A Potential Season 2
By Grace Wehniainen
Get Even More From Bustle — Sign Up For The Newsletter
From hair trends to relationship advice, our daily newsletter has everything you need to sound like a person who’s on TikTok, even if you aren’t.