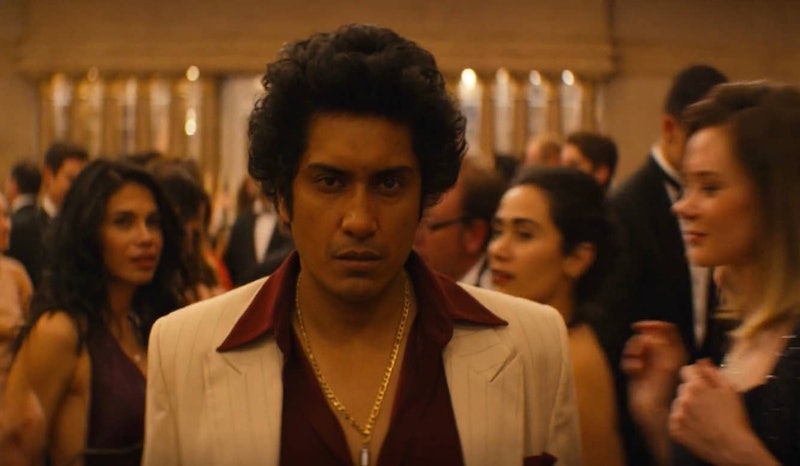 Netflix’s Narcos: Mexico dramatizes the brutal 1985 murder of DEA agent Enrique “Kiki” Camarena. Though multiple people have been linked to his death, the man who allegedly ordered the hit was Guadalajara Cartel co-founder Rafael Caro Quintero. He has denied involvement in the crime, telling the Mexican magazine Proceso in 2016 that he was simply "in the wrong place" and apologizing to Camarena's family. Still, Caro Quintero was convicted in 1985 and served 28 years of a 40-year sentence for Camarena's murder.

In 2013, Caro Quintero was released "on administrative grounds" after a Mexican federal court ruled that he'd been improperly tried in a federal court for state crimes. The Obama administration expressed "deep concern" about his release, and less than a week later, a Mexican federal judge issued a warrant for Caro Quintero's re-arrest. However, he remains at large eight years later and is currently on the DEA and FBI's Most Wanted Fugitives list with an unprecedented $20 million reward.

Mexican President Andrés Manuel López Obrador recently appeared to defend the 2013 court decision, despite Mexico’s Supreme Court later ruling it was a mistake. According to López Obrador, Caro Quintero’s release was “justified” because the drug lord had spent 28 years behind bars without a verdict from the correct judge. He also cited outside pressure from the United States as the reason for Caro Quintero’s re-arrest warrant.

“Once he was out, they had to look for him again, because the United States demanded he shouldn’t have been released, but legally the appeal was justified,” López Obrador said in April 2021, per the Associated Press.

Following the President’s statements, spokesperson Jesús Ramírez clarified that the leader “was just saying that it was a legal aberration that the judge had not issued a verdict on Mr. Caro Quintero … but he was not defending his release.” The AP further noted that Caro Quintero has reportedly created alliances with other cartels and established an operation in the northern state of Sonora, reputedly to seize territory from Joaquín “El Chapo” Guzman’s sons and the Sinaloa cartel.

However, Caro Quintero insisted in his 2016 interview with Proceso that he had retired from the drug trafficking business. “I was a drug trafficker 31 years ago, and from that moment I am telling you that when I lost the crops from [Buffalo Ranch], there I ended that activity.”

In May 2020, The Yucatan Times reported that Caro Quintero's lawyers had filed a plea on his behalf to waive his fugitive status and extradition to the U.S. The plea argued insolvency, stating that Quintero is "more than 60 years old, is neither retired nor has a pension, and given the fact that he is a fugitive from the law, cannot work or perform any activity to earn money.”

This article was originally published on July 31, 2020