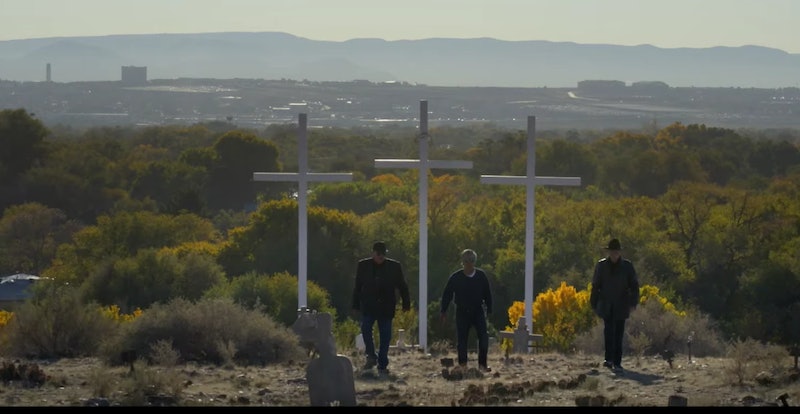 Amazon's new four-part docuseries The Last Narc aims to reveal the truth about the brutal 1985 murder of DEA agent Enrique “Kiki” Camarena. Though multiple people have been linked to his death, the man who allegedly ordered it was Guadalajara Cartel co-founder Rafael Caro Quintero. He has denied involvement in the crime, telling the Mexican magazine Proceso in 2016 that he was simply "in the wrong place" and apologizing to Camarena's family. "If I made some mistake I ask forgiveness," he said at the time. Still, Quintero was convicted and served 28 years of a 40-year sentence for Camarena's murder, per The Guardian.

In 2013, Quintero was released "on administrative grounds" after a Mexican federal court ruled that he'd been improperly tried in a federal court for state crimes. The Obama administration expressed "deep concern" over his release, and less than a week later, a Mexican federal judge issued a warrant for Quintero's re-arrest. However, he remains at large seven years later and is currently on the DEA and FBI's Most Wanted Fugitives list for a reward of $20 million.

U.S. authorities also believe Quintero continued to launder drug money while in prison. "Caro Quintero continues to launder the proceeds from narcotics trafficking and he maintains an alliance with drug trafficking organizations such as the Sinaloa Cartel, most notably with Esparragoza Moreno’s network," Treasury Department spokesman John Sullivan told the Associated Press at the time, referring to the alleged leader of the Sinaloa cartel, Juan Jose Esparragoza Moreno. In 2016, the U.S. Treasury reported that Quintero continued to traffic illegal drugs following his prison release. However, Quintero insisted to Proceso that he has "stopped being a drug trafficker."

On May 28, The Yucatan Times reported that Quintero's lawyers had filed a plea on his behalf to waive his fugitive status and extradition to the U.S.. The plea argued insolvency, stating that Quintero is "more than 60 years old, is neither retired nor has a pension, and given the fact that he is a fugitive from the law, cannot work or perform any activity to earn money.”