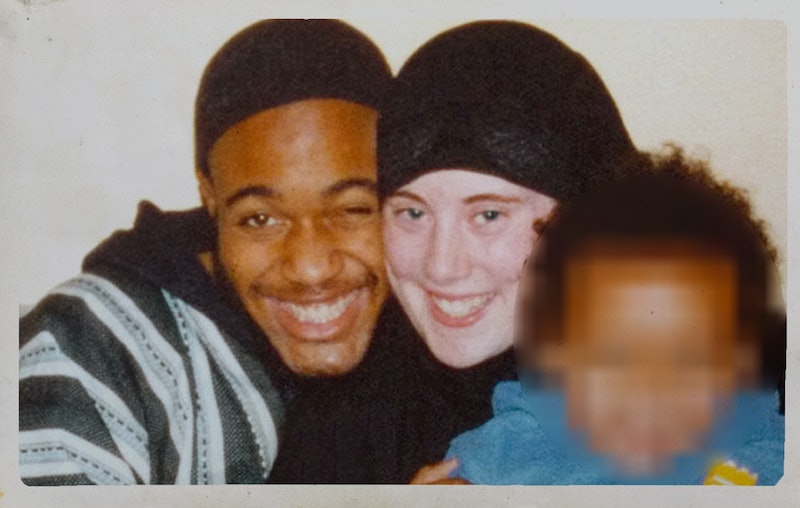 Among the five dangerous criminals at the center of Netflix's World's Most Wanted is Samantha Lewthwaite, a white English woman who married a suicide bomber and became a radicalized terrorist. Dubbed the White Widow, Lewthwaite has been linked to several large-scale attacks in both Africa and the Middle East. It's not totally clear where Lewthwaite is now, as she's evaded capture for years. But authorities have never stopped chasing her.

When news broke about Lewthwaite's crimes in 2013, The Guardian described her as "public enemy number one." She was considered the first — or at least the most publicized — British woman to become an Islamic extremist, and as such was regarded with "fear and loathing." It's hard to fathom how and why she became the alleged mastermind of numerous terrorist plots. According to the Sydney Morning Herald, Lewthwaite grew up in an Irish Catholic military family in Aylesbury, England, and acquaintances described her as a "quiet, calm, normal girl." Lewthwaite converted to Islam when she was a teen, but while her acquaintances may not have approved of her new religion, nothing else seemed all that different about her.

That all changed in 2005. After studying religion and politics in London, Lewthwaite met her husband Germaine Lindsay online, and they connected face-to-face at an anti-war protest, per The Guardian. The two were married in 2002 and had two children together; Lewthwaite was pregnant with their second child when Lindsay walked on to a subway train near King's Cross station and killed himself and 26 passengers on July 7, 2005.

The suicide bombing horrified the nation, and at the time, Lewthwaite strongly condemned the attack, saying in a statement that she could have "never predicted or imagined that [Lindsay] was involved in such horrific activities."

But in the years that followed, her actions told another story, suggesting that not only did she possibly know about Lindsay's plans, but she she had helped to make them. Per the Sydney Morning Herald, Lewthwaite and her children went into hiding soon after Lindsay's death, and she lost touch with her remaining family members. It's difficult to track Lewthwaite's movements after that. At one point she was rumored to have married a Muslim man in Morocco, and she gave birth to her third child in 2009. There are theories that she used a fake passport with the name Natalie Webb to raise funds and build a support network in Pakistan, Somalia, Johannesburg, and the UK for the terrorist group al-Shabaab. It wasn't until 2012, when Interpol issued an arrest warrant for Lewthwaite, that she officially resurfaced on a national scale. Though the warrant was for a 2011 possession of explosives charge, authorities noted that they "cannot rule out that Lewthwaite played a role" in al-Shabaab's numerous attacks, even possibly masterminding some of them. These include a 2012 grenade attack on a bar in Mombasa, and a 2013 attack on a shopping mall in Nairobi.

Lewthwaite remains at large to this day. Though The Sun reports that there are rumors she was killed in 2014 by a Russian sniper, those claims have never been verified; it is believed that Lewthwaite is hiding out somewhere in Kenya or Somalia. The Mirror reported in April that terrorism task forces are getting new facial recognition equipment that can track suspects even behind masks and in the dark. They're hoping this new tech will finally lead them to Lewthwaite.

More like this
The Dog & His Handler In 'Gunther’s Millions' Are Worth, Well, Millions
By Gretchen Smail
Are Richard & Vika From 'Bling Empire: New York' Still Together?
By Karen Fratti
Love Is Blind’s Natalie Claims Shayne Signed Up For 'Perfect Match' While They Were “Still Together”
By Brad Witter
You Might Want To Rewatch This Key 'On My Block' Scene To Understand 'Freeridge'
By Grace Wehniainen
Get Even More From Bustle — Sign Up For The Newsletter
From hair trends to relationship advice, our daily newsletter has everything you need to sound like a person who’s on TikTok, even if you aren’t.