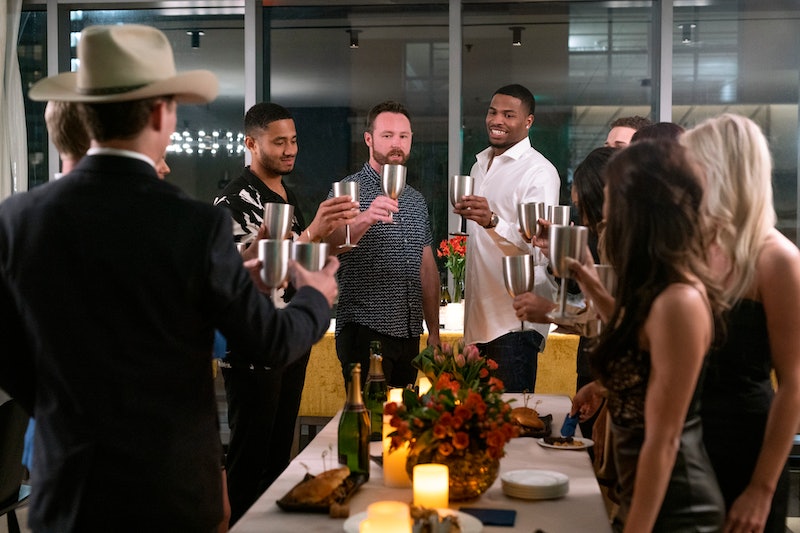 At the outset of Netflix’s new reality dating experiment, The Ultimatum, co-host Nick Lachey bluntly lays out the facts. “Psychologists agree that an ultimatum is not a good way to get somebody else to do what you want,” he tells the cast. “But it is the best way to get you the answers you need on a timetable you can live with.”

The series features six couples, each of whom are at a crossroads: One partner wants to get married, and the other isn’t so sure. Throughout the show, they date people from the other couples and ultimately choose a new partner to move in and embark on a three-week “trial marriage” with. Then, they move in with their original partner and do the same thing. At the end, each couple chooses if they want to commit to marriage or move on — whether alone or with someone new.

Lachey’s warning didn’t make the experiment sound too promising, but after eight episodes, there have already been two engagements and one breakup. Rae ended her relationship with Zay, leaving the door open for her to potentially leave with her trial husband Jake. However, there are no clues they’re dating — nor any that April and Jake got engaged. At least four of the other couples do appear to still be together after filming, though. Here’s all the evidence so far.

After two years of dating, Alexis told her boyfriend Hunter that if he didn’t propose to her at the end of the show, they would break up. Hunter spent the first few days exploring connections with other women, but Alexis didn’t feel “butterflies with anyone” after being rejected by Colby. When it came time to pick a new trial partner, she tearfully doubled down on her commitment to Hunter. In turn, he proposed to Alexis on the spot and the two left the show early as an engaged pair. Several episodes later, Alexis came back to The Ultimatum to celebrate her bachelorette party, revealing that she and Hunter had moved in together and were busy planning their wedding.

Though it’s unclear if Alexis and Hunter got married after filming wrapped in May 2021, their social media accounts suggest they’re still together. Not only do they both still follow each other on Instagram, they have several photos together, including some where they’re kissing, posted on their pages. It appears that Alexis also moved from Austin, Texas to the Los Angeles area in April 2021, so the pair may have started their new life together on the West Coast.

Though Lauren and Nate came onto the show in total disagreement about having children — he wanted them, she didn’t — Nate miraculously had a change of heart only a few days in. “If me being with you is a sacrifice for me not having kids, then I’m OK to have that sacrifice,” Nate told Lauren while proposing to her shortly after Alexis and Hunter got engaged. “If that means that we’re in our life forever, and we don’t have kids, I’m OK with that.” They, too, then left the show early as an engaged couple, though their last scene suggested that they still weren’t quite on the same page about starting a family.

It’s not clear if Lauren and Nate have since gotten married or begun planning a wedding, but clues suggest that they’re still together. The two traveled to Costa Rica together after filming wrapped and have also left playful comments on each other’s Instagram pages. In October, Lauren also posted about road-tripping around Colorado with a special “someone,” who she later referred to as her “lover,” and Nate has shared several photos of himself in Colorado, most recently on March 9.

The main problem for couple of one-and-a-half years Shanique and Randall? She wanted an engagement ring, but he wanted to be able to pay for it first. While Shanique said that she was ready to start a life and have a baby together, Randall wanted to take a more “[go] with the flow” approach. He ultimately found a match in Madlyn — someone with whom he said he could see a future. Meanwhile, Shanique wouldn’t even let her trial husband Zay sleep in the same bed as her, but after finding out that Randall had initiated physical contact with Madlyn, she changed her tune. When she and Randall later reunited, they were able to get to a good place, but Shanique admitted that she didn’t know “what to expect” when ultimatum day arrived.

Viewers have to wait until the season finale to find out if Randall proposed to Shanique, but there seems to be a very good chance that he did. After filming wrapped in May 2021, Randall and Shanique took a vacation to Jamaica, and one friend referred to them as her “fav couple” in an Instagram comment. It’s possible they hit more roadblocks afterward though, as Randall hasn’t posted any pictures of Shanique since. They do still follow each other on Instagram, and Randall posted about taking “no L’s…Only delayed W’s” in 2021, also predicting that this will be his “biggest year yet.” Will that include his wedding? We’ll have to wait and see.

Heading into the finale, Madlyn and Colby’s relationship was definitely in jeopardy. Colby was one of only two men to issue an ultimatum and said he was “100% in” on marriage, but Madlyn began the show nowhere near ready to walk down the aisle. Since Colby’s first choice, Lauren, left the show, he tried to make a trial marriage work with April, but they lacked the physical component. So Colby did what he referred to as “outsourcing” and hooked up with another woman outside of the show in order to “make [the experiment] real” for Madlyn — but she didn’t exactly appreciate the gesture.

The night before ultimatum day, their dinner took a bad turn, and Madlyn decided that their relationship was “not gonna work” because she couldn’t marry someone who couldn’t admit that he was wrong. However, the finale teaser previews that Colby will propose — and that Madlyn will show up to hear him out, even as she worries that their “issues might be too big.” That seems to suggest she doesn’t accept, but according to social media, that’s not the case: Madlyn tagged Colby in a photo from a Nashville trip in July 2021 — months after filming wrapped. Colby hasn’t posted on Instagram since April 2021, but Madlyn’s social media very well could have spoiled their current relationship status.