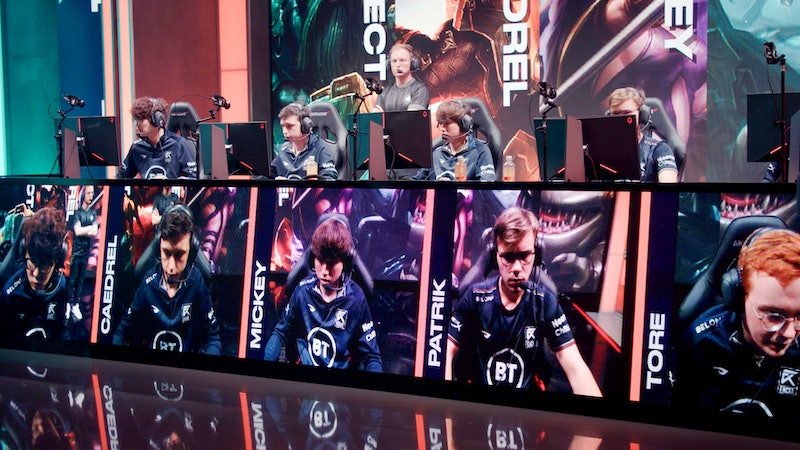 The world of esports is becoming more lucrative by the year, with thousands of gamers across the world playing competitively and earning a massive salary. BBC Three's latest docu-series Fight for First: EXCEL SPORTS follows one of Britain's most successful esports teams in League of Legends and Fortnite, featuring some of the country's most recognised players. But who are Kieran and Joel Holmes-Darby?

Brothers and teammates, Kieran and Joel Holmes-Darby founded an esports team in 2014. This morphed into Excel Esports, which has since gone on to become one of the UK's biggest esports organisations. Excel currently has a combined total of 150k followers on Instagram and Twitter, and also streams to over 11k followers on Twitch. You can also follow the brothers on their own social media channels, with Kieran going by @KieranHDarby and Joel as @JoelHDarby on Instagram and Twitter.

With a lucrative sponsorship from BT, the team are preparing to compete in one of the world's biggest competitive gaming leagues — which is where viewers will join them. During the competitive season, the team live together in a "gaming house", and train out of Twickenham Stadium in London. The five-part series, narrated by Peaky Blinders' Cillian Murphy no less, follows the team as they welcome new recruits and provide insight into the industry while competing in the League of Legends European Championship play-offs. One major insight will be into their training, and how the likes of physiotherapists, nutritionists, and sports psychologists help them stay healthy and safe during training and competition play.

This is the first time a broadcaster has followed an esports team through a global competition like this, and Kieran is understandably excited. "[This] is a completely unique insight into Excel Esports and what goes on behind the scenes of a major esports organisation," he told the BBC. "The series demonstrates how we practice, prepare and play. Not only will it offer our fans a deeper look into what we do, but it will also offer people who are completely new to esports a fascinating perspective of our exciting industry.

Fight for First: EXCEL ESPORTS will be available to stream from BBC iPlayer on Jan. 10.