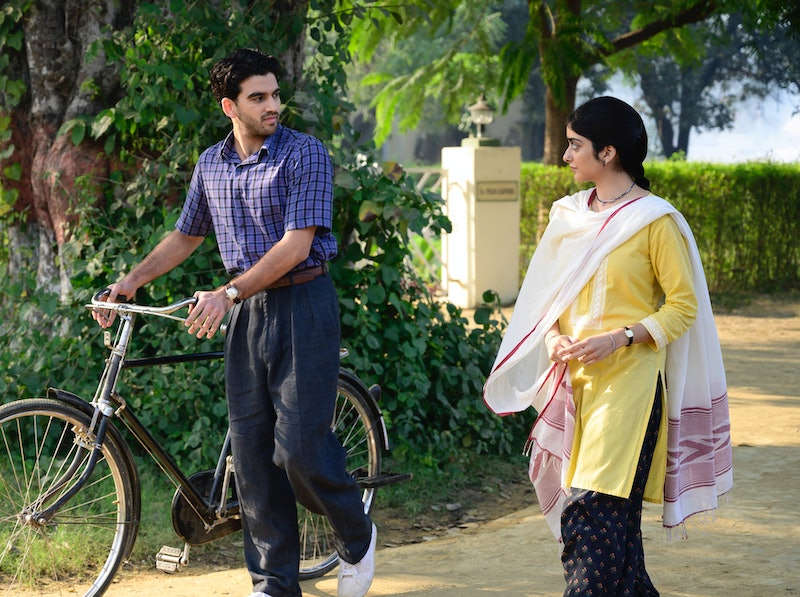 First published in 1993, Vikram Seth's novel A Suitable Boy is one of the longest self-contained novels in the English language. At 1,349 pages, it was always going to be a challenge to adapt to television. Screenwriter Andrew Davies was the man for the job and, unsurprisingly, made some substantial changes to the story. While it's still a way to go until how the story concludes, what is the A Suitable Boy book ending and could it possibly be altered?

A Suitable Boy follows 19-year-old uni student Lata (played by Tanya Maniktala), who must choose between three potential suitors: Kabir, who is Muslim and therefore unacceptable for Lata's Hindu family; Haresh, a shoe manufacturer whom her family would approve of; and Amit, a poet who Lata likes but her mother does not.

Set in a newly independent India in 1951, the book also explores the historic and cultural elements of the time, including post-Partition conflicts.

Speaking about seeing his book adapted for screen, and what it was like whittling down his expansive story to just six episodes, Seth said:

"I went for the emotional stories at the heart of it," screenwriter Davies told press at a recent event (via the Express). "To be with the characters that you love the most, you just express their story in a dramatic a way as possible. I wasn't at that time terribly concerned with making sure I tell the story of India accurately because, if that was all we did, nobody would watch it.

"I wanted to tell the story of these people as movingly as possible, so that was the process," he added.

So what does all that mean for the book ending and how it will be represented on screen?

In the novel, Lata ends up choosing the man she likes but doesn't love. She truly wants to be with Kabir but ends up marrying the more "suitable boy" Haresh instead. This decision left many readers feeling sad and dismayed, including actor Namit Das who plays Hamesh in the series. "I questioned it myself when I first read the book in 2015," he told Indian newspaper Mid Day. "After 1,500 pages you feel a bit cheated with the ending."

Considering Seth and Davis' determination to represent the "essence" on A Suitable Boy, it seems like that they won't mess with the ending. However, we won't know until the final episode airs on August 30, so stay tuned.