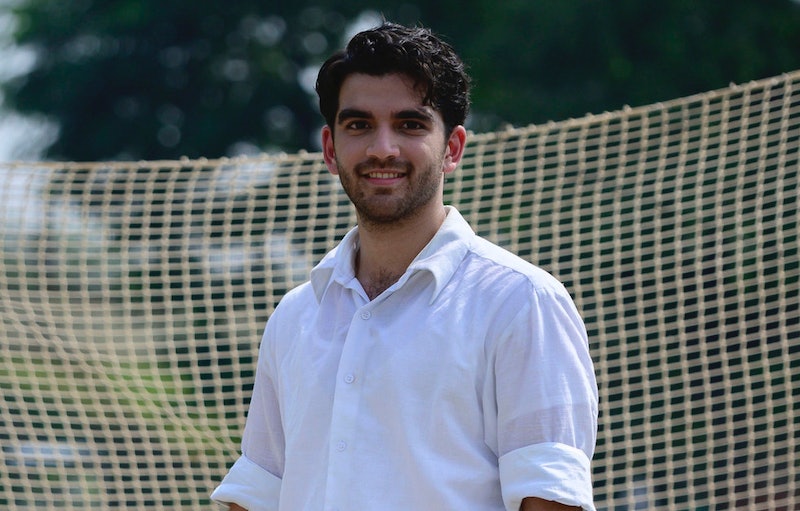 Set in 1950s India, A Suitable Boy follows Lata (played by Tanya Maniktala) as she navigates the beginning of adulthood. Her mother is already trying to set her up with a "suitable boy", and Lata ends up having to choose over three potential suitors — Kabir, Haresh, and Amit. So who is Danesh Razvi, the actor who plays Kabir Durrani in A Suitable Boy?

Adapted from the 1993 novel of the same name, A Suitable Boy his Ravzi's first major role on screen, per Radio Times. As such, there's not a whole lot on the actor's history — other than an inactive Instagram which I'm sure is going to be getting a lot of traction following this series.

Working with the likes of director Mira Nair and Bollywood royalty Tabu, the acting newcomer has learned a lot on set. "This is my first big project, and has been a great learning process for me," he told Indian movie news site FilmiBeat. "My character Kabir is a sports star at his university as well as being one of Lata's suitors and his passionate, impulsive approach to love and life is something I am thoroughly enjoying playing."

Among the three relationships, Kabir and Lata's is the most dramatic due to "the religious barriers they face," as BBC writes. Kabir is Muslim and Lata is Hindu, meaning that neither of their families would approve of the other if they were to marry.

But with five more episodes to go and two other suitors (played by Namit Das and Nikhail Sen) for Lata, there's so much more drama to experience in A Suitable Boy.