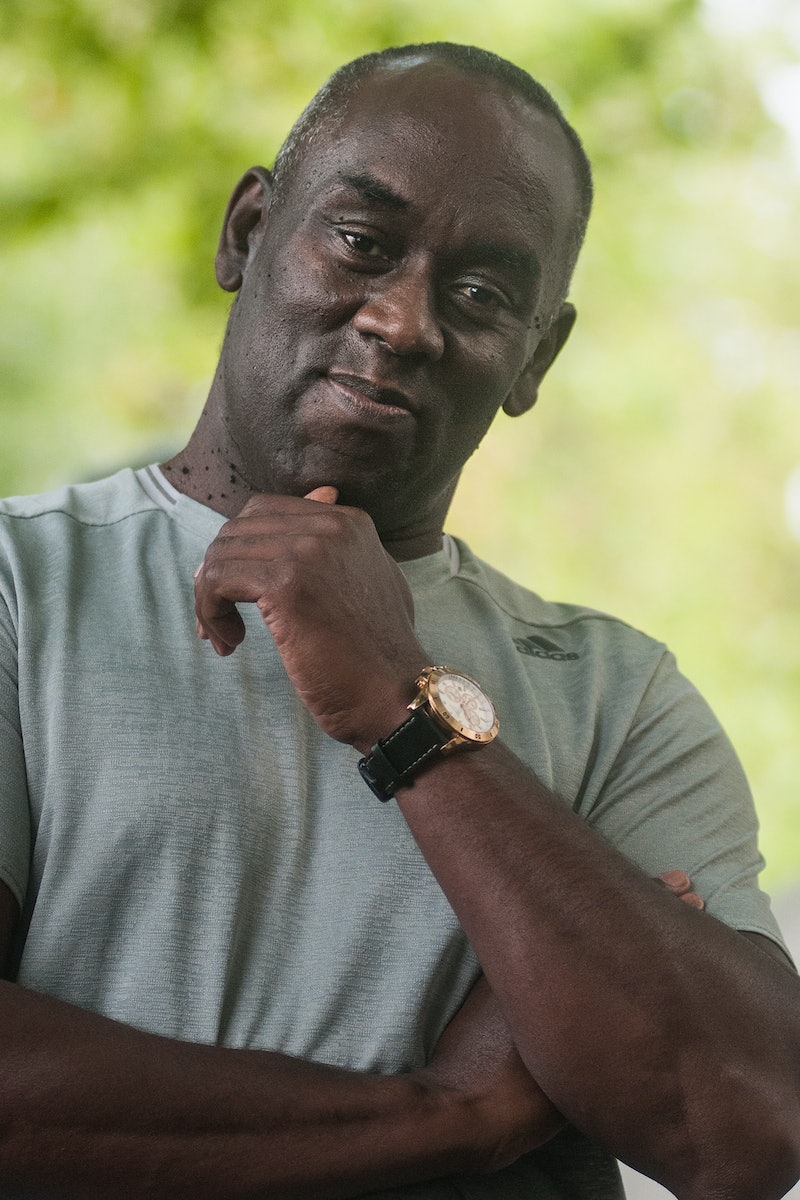 Alex Wheatle is the fourth film to be released as part of BBC One's acclaimed series Small Axe— five films about London's West Indian community during the sixties and eighties. Directed by Steve McQueen, Alex Wheatle retells the life story of the award-winning British writer (played by Sheyi Cole) and documents Wheatle's childhood "in a mostly white institutional care home" to being imprisoned during the Brixton uprising in 1981. The biopic is a challenging watch, providing detailed insight into the author's difficult early life. So where is Alex Wheatle now?

As detailed in the film, Wheatle overcame a series of misfortune to become one of Britain's brightest literary talents. The 57-year-old has published fifteen novels and was awarded an MBE for literature in 2008. The writer is considered a "major voice in British children's literature" and his books often feature on school reading lists.

Originally from South London, Wheatle is sometimes known as the "Brixton Bard" — an area where he began to connect with his identity and explored a love of poetry and lyrics. Wheatle's books tackle themes of race, poverty, youth unemployment and he often draws inspiration from his own life in his work. For example, his acclaimed novel East Acre Lane is set during the Brixton riots, whilst Home Boys follows children living in care. He explains that the upcoming Small Axe film is a very personal look at his past.

“I’m laying bare to the world the most fragile, vulnerable moments of my life,” said Wheatle about the film. In an interview with The Telegraph, he said: “It’s quite something to commit to.”

Today, Wheatle has gone on to teach both in prison workshops and at Manchester Metropolitan University, where he lectures in Creative Writing. Per The Telegraph, he's just finished writing another play and is working on the next instalment in his renowned Crongton Knight series.

The Alex Wheatle film is certainly a story of overcoming past pain and, according to Wheatle himself, is a very accurate especially when detailing the riots in Brixton. As he explained to the Voice online, "I was observing those scenes in the director’s tent, and as I was watching the monitor it all brought it back right home for me,”

He added: “Not just the excitement, but the fear as well. The panic, the pounding heart. That was all captured so beautifully.”