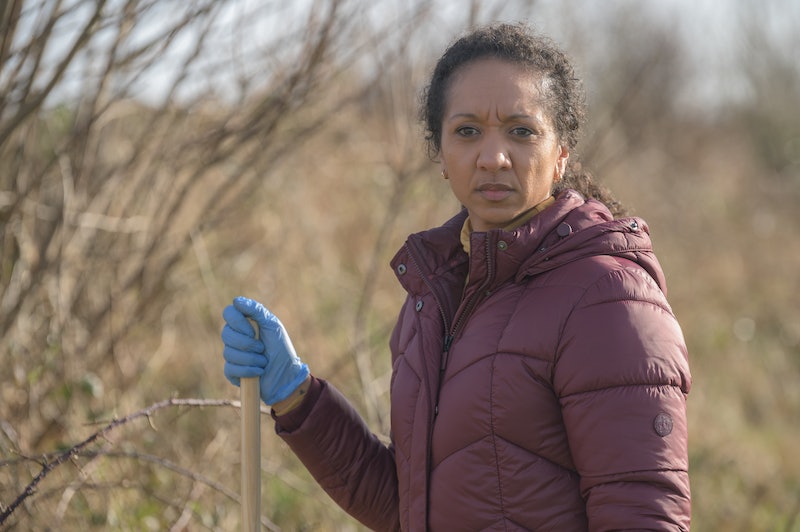 Based on the harrowing crimes of serial killer John Cooper, ITV's The Pembrokeshire Murders follows the story of a recently promoted Detective Superintendent, who decides to reopen two unsolved murder cases dating back to the 1980s. Hollywood star Luke Evans leads the cast of ITV's latest true-crime offering, appearing as the Welsh detective at the helm of the investigation. But who is Alexandria Riley, the actor who plays Ella Richards in The Pembrokeshire Murders?

Per the BBC, Alexandria Riley is a Welsh actor and writer. She previously studied at the University of South Wales and the Royal Welsh College of Music and Drama, and, as the Radio Times reports, some of Riley's most notable TV credits include the second series of The End of the F***ing World, BBC Three's In My Skin, and the brand new BBC Wales sitcom, The Tuckers.

Riley's most recent on-screen performance can be enjoyed in ITV's The Pembrokeshire Murders, in which she portrays DI Ella Richards, the partner of the detective who reignites the investigation into two unsolved double murders from the 1980s. Per the Radio Times, the three-part drama is adapted from the book penned by police detective Steve Wilkins and ITV journalist Jonathan Hill, a story which depicts the true events which led to the conviction of serial killer John Cooper in 2011 — more than two decades after murdering Richard and Helen Thomas, and Peter and Gwenda Dixon on the Pembrokeshire coastline.

The Pembrokeshire Murders begins on Monday, Jan. 11 at 9 p.m. on ITV, with episodes two and three following on Tuesday, Jan. 12 and Wednesday, Jan.13, respectively.