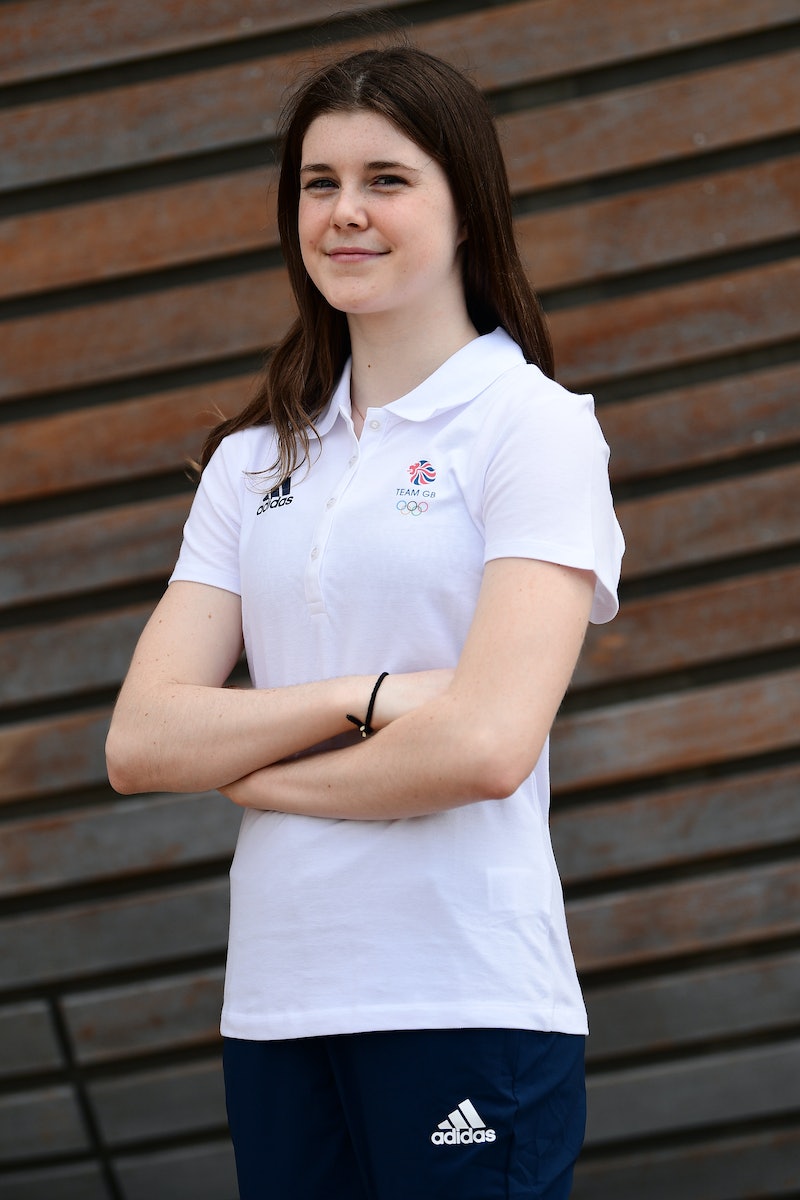 Fred Sirieix may be known as the calm and collected maître d’ on C4’s First Dates, but he’s also the father of an Olympic athlete – 16-year-old Andrea Spendolini-Sirieix.

Scouted by Crystal Palace Diving Club when she was 8-years-old, Spendolini-Sirieix wasn’t too convinced that it was the sport for her. “At first, I didn’t actually like it because I thought it was too hard, but the bigger dives you do, you feel really accomplished and really proud of yourself,” she said in an interview with South West Londoner. “I really liked the fact I could push myself and test the bravery and see what I can do. Now I love it because it’s what I’ve grown up with and it’s bringing me closer to my dream.”

And that dream became a reality in early June, when it was announced that she would make her Olympic debut in Japan as the youngest member of Team GB’s diving team, including Tom Daley and Jack Laugher. “I’m super excited and grateful to be chosen to represent my country at the Tokyo Olympics,” the diver told Swim England. “It has been a dream of mine since I first started diving and I cannot believe my dream is finally coming true.”

The young diver made it to the Women’s 10m platform diving Olympic final on August 5, 2021. Her forever supportive father shared good luck messages on social media after staying in the UK due to travel restrictions. Speaking to iNews about his daughter’s Olympic success, Sirieix said: “Normally because you’re there you feel more a part of it, but watching on TV you feel completely powerless as a parent, it’s very hard.

“When you watch football or a 100 metre race, you can be detached enough to enjoy it, but watching my daughter in a competition like the Olympics will be like an outer body experience. I won’t know whether to sit down, stand up or turn around.”

Spendolini-Sirieix may not have won an Olympic medal after finishing in seventh place, but that doesn’t take away from the hefty amount of medals she’s won over the past year, including a first senior title at the British Championships in the 10m platform as well as her first solo international gold medal at the FINA Diving Grand Prix.

As a result of her efforts in 2020, she became the first female diver to win the BBC’s Young Sports Personality of the Year. “I’m so excited, and it’s so wonderful to think that such amazing sporting legends have won it and I’m following in their footsteps,” she said in her acceptance speech, referring to past winners like Andy Murray and Tom Daley.

“I’m just really happy and grateful that my hard work is being seen and is paying off,” she elaborated further to SW Londoner. “Diving is such a beautiful sport and I feel very honoured to have been the second diver to win the award.”

Her dad is understandably full of pride at his daughter’s achievements, so much so that he signed up for five days of intensive diving training in April – and got very bruised in the process. “I found it extremely hard and extremely scary,” he told the Telegraph. “I box, and I have never felt scared in a boxing ring like I have felt on these diving boards. The fear was just at the forefront of my mind [...] I’m never going to be part of the reserve team for the Olympics.”

Describing himself as a “lame” but also proud “girl dad”, Sirieix can’t wait to support his daughter in the Olympics, even if he’ll have to do it from home due to the pandemic. “She gives her all every time. Whether she wins or loses, she’s my daughter, I want her to be happy and have fun,” he explained.

Spendolini-Sirieix is just as proud of her dad as he is of her, and even watches First Dates occasionally. “It’s quite an entertaining show,” she told the Telegraph. “But sometimes it’s a bit cringey because it’s my dad, and maybe the joke wasn’t too funny.” And while their career paths are remarkably different, she appreciates his work ethic. As she told the Independent, “I’m so proud of what he does and he worked really hard to get where he is now.”

More like this
David Beckham’s Controversial Qatar Deal Skyrocketed His Net Worth
By Catharina Cheung
Turns Out George Clooney Is A Huge Fan Of This Classic British Game Show
By El Hunt
Rita Ora Finally Opened Up About Marrying Taika Waititi & Their "Perfect" Wedding
By Sophie McEvoy and Catharina Cheung
Emily Atack’s Net Worth Would Make Charlotte Hinchcliffe Proud
By El Hunt
Get The Very Best Of Bustle/UK
Sign up for Bustle UK's twice-weekly newsletter, featuring the latest must-watch TV, moving personal stories, and expert advice on the hottest viral buys.